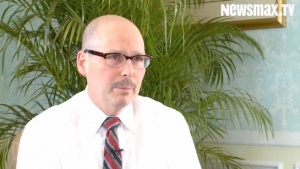 Andrew Bostom is an American professor of medicine and author of several books which have been influential in the counterjihad movement.

Primarily between 2007 and 2008, Bostom contributed articles to the magazine New English Review.[1] His work has also been published by Family Security Matters and the Gatestone Institute.

In October 2007 Bostom delivered a talk on Islamic anti-semitism at the CounterJihad Brussels 2007 conference[2]entitled The First and Last Enemy: Jew Hatred in Islam.[3]

In 2009 Bostom was on the advisory board of the International Free Press Society (IFPS).[5]

Bostom reportedly attended, supported and spoke at events which gave a prominent platform to Dutch anti-Islam politician Geert Wilders during his U.S. tour in February 2009: