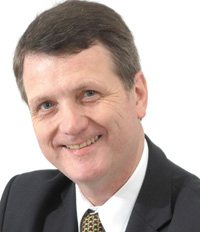 On September 11 2007, Batten accepted a petition from Anders Gravers protesting a ban on a Brussels demonstration by Stop Islamisation of Europe (SIOE).[5] 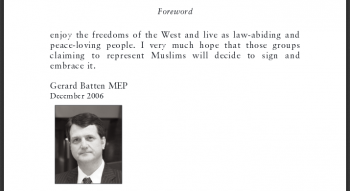 In 2014 it emerged that Batten had written the foreword for the 2006 'Proposed Charter of Muslim Understanding' authored by former Muslim convert to Christianity and counterjihad activist Sam Solomon. According to anti-Islamophobia monitoring group TellMAMA, he had commissioned Solomon to write it and orginally launched it in Strasbourg in December 2006.[7]

In 2010 Batten wrote a paper for UKIP entitled 'Immigration - Action Overdue!', a lengthy document outlining his thoughts at length on the effect of immigration on Britain. It included the claims that due to what he referred to as 'white flight' many parts of Britain are 'more like enclaves of Pakistan, Bengal or India than English cities' and stated that 'the English will become a minority in their own land'.[12]