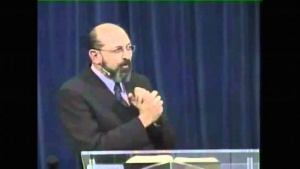 Sam Solomon is a former Muslim who converted to Christianity and serves as the executive director of FFM - Fellowship of Faith for the Muslims, UK.[1]

Solomon wrote the 2006 'Proposed Charter of Muslim' which contained a foreword by UKIP MEP Gerard Batten and suggested Muslims ought to sign a five-point declaration rejecting violence. [4] The Tory MP Robert Halfon called the call 'frightening' and 'sinister', comparing the proposal to a first step towards making Muslims wear 'a yellow star', as Jews were made to in Nazi Germany.[5]

Solomon was a speaker at the CounterJihad Brussels 2007 conference, and attended the Counterjihad Europa conference and the 2009 conference 'International Legal Conference on Freedom of Speech and Religion', organised by the International Civil Liberties Alliance (ICLA), also attended by UKIP peer Lord Pearson and well-known American anti-Muslim activists Pamela Geller and Robert Spencer.[6]

In May 2011 Solomon spoke at the Geert Wilders 'A Warning to America' event at Cornerstone Church in Nashville, sponsored by the Tennessee Freedom Coalition and attended another one of the same organisation's events a few months later, together with Andrea Williams.[7]