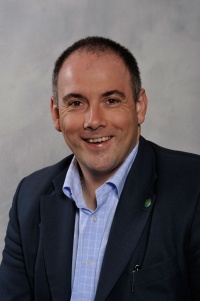 Robert Halfon was elected MP for Harlow in 2010.[1] In May 2015 he was appointed deputy chairman of the Conservative Party.[2]

He was appointed minister without portfolio at the Cabinet Office in May 2015.

Robert is an adviser to a number of Conservative organizations and is currently Political Director of Conservative Friends of Israel. He has previously worked as Chief of Staff to Oliver Letwin and as a consultant to business. Robert is also an author having written essays for books and articles on subjects as diverse as Social Justice, Russia, Conservatism, and Corporate Responsibility.

Robert is a Roydon Parish Councillor and a former Governor of Passmores School. He has fought Harlow twice as Conservative Parliamentary Candidate (in 2001 and 2005). He is a Patron of the Harlow Homeless Centre.

At the 2005 election, Robert lost by just 97 votes after three recounts. Harlow Constituency is now the third most marginal in the country having had a Labour majority of 10,500 in 1997.

Robert has also stood for Council and was active in Conservative Students when at Exeter University. [4]