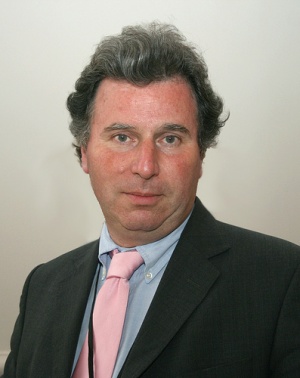 Letwin was the minister for government policy in the Cabinet Office from 2014 until May 2015.[1] In addition to this role, he was appointed Lord Privy Seal in July 2014.[2][3] retaining this role after the May 2015 general election. He was subsequently also appointed to Chancellor of the Duchy of Lancaster.[4]

Letwin left government following the appointment of the new prime minister Theresa May in July 2016. [5]

He has since taken up new roles as chair of the Red Tape Initiative in April 2017, and as a senior fellow at the Legatum Institute and senior adviser at the Faraday Institution in January 2018. [6]

He is the son of William Letwin, Emeritus Professor at the London School of Economics, and conservative academic Shirley Letwin, both of whom were members of the Mont Pelerin Society. The journalist Peter Oborne writes:

He was born in Hampstead on 19 May 1956, the son of two Chicago intellectuals. His father, Professor Bill Letwin, is an economist. His late mother, Dr Shirley Robin Letwin, is better known in Britain: she was a conservative philosopher who became director of the Centre for Policy Studies.

The young Oliver was even then a phenomenon at the famous salons held by the Letwins at their home in Kent Terrace, Regent's Park, in the 1970s. Guests remember Isaiah Berlin, [Michael] Oakeshott, Milton Friedman and Friedrich von Hayek as regular attenders. Oliver Letwin was in due course dispatched to Eton. He met Charles Moore, now editor of the Daily Telegraph, on his first day. They became firm friends and later attended Trinity College, Cambridge where they shared the set of rooms - G3 in New Court... [7]

Letwin worked as special adviser to Keith Joseph, a friend of his parents, and then after the 1983 election served as understudy to John Redwood at Thatcher's Policy Unit. [8] During this time he was also a member of the Conservative Philosophy Group, which was co-founded by the reactionary academic Roger Scruton and the disgraced Tory politician Jonathan Aitken. [9]

He unsuccessfully stood against Glenda Jackson for the Hampstead and Highgate seat in the 1992 election, before winning the West Dorset seat in 1997, by the narrow margin of 1,840 votes. In September 2001 he was appointed Shadow Home Secretary, by Iain Duncan Smith. In late 2003 the new party leader, Michael Howard, appointed Letwin his successor as Shadow Chancellor of the Exchequer.

According to Nick Seddon, deputy director of the think tank Reform: "Mr Letwin is credited with much of the fundamental thinking behind the big society. He has been a key driving force behind encouraging greater plurality of provision - from the private and third sectors - and the development of new ownership models."[12]

During the campaign for the 2001 general election, Letwin, as shadow Chief Secretary to the Treasury, expressed an aspiration to curtail future public spending by fully 20 billion pounds per annum relative to the plans of the Labour government. When this proposal came under attack as regressive, Letwin found few allies among his colleagues prepared to defend it, and adopted a low profile for the remainder of the campaign. He famously went into 'hiding' during the 2001 election, and for some time after the election had finished.

As Shadow Chancellor he focused on reducing waste in the public sector. At the 2005 election the Conservative Party claimed to have found £35bn worth of potential savings, to be used for increased resources for front line services and for tax cuts. This approach was credited with forcing the government to introduce bureaucracy reduction and cost-cutting proposals of their own.

As shadow home secretary he attracted plaudits for his advocacy of a 'neighbourly society', which manifested itself in calls for street by street neighbourhood policing modelled on the philosophy of the police in New York. He was also largely credited with forcing the home secretary to withdraw his proposal in 2001 to introduce an offence of incitement to religious hatred. He successfully argued that such an offence would be impossible to define, so there would be little chance of prosecution. He also argued that Muslims would feel persecuted by such a law.

In May 2005, Letwin was appointed Shadow Secretary of State for the Environment, Food and Rural Affairs. It was reported that he had requested a role less onerous than his former treasury brief so that he would have time to pursue his career in the City at Rothschilds.[1]

Following the decision by Michael Howard to stand down as Conservative party leader after the May 2005 general election, Letwin publicly backed the youngest candidate and eventual winner David Cameron, a fellow Etonian. He was subsequently given the newly created role of Chairman of the Policy Review, when Cameron formed his first shadow cabinet in December 2005.

Letwin's constituency includes two oil and gas licence blocks, both awarded to companies by the Oil and Gas Authority under the 14th licensing round in 2015 to South Western Energy. No plans or applications are currently underway. [13]

While recognising public concern on shale gas development, Letwin supports fracking based on its supposed economic advantages and his reasoning echoes that of the Conservative government.

I fully appreciate people's concerns about fracking, We are blessed here in West Dorset with some of the finest countryside anywhere in the country and its beauty rightly deserves the protection it has. However, the economic advantages that safely extracting shale gas could bring, simply cannot be ignored. It is a promising new potential source of energy which could create thousands of jobs, bring in billions of pounds in tax revenues and secure our energy supply for the future.

Extracting this resource must of course be done safely and in as environmentally friendly way as possible. The UK has one of the best track records in the world when it comes to protecting our environment while also developing our industries, and this experience will be brought to bear on the shale gas protections. Local communities must and will remain fully involved in planning decisions. We have already set up a £1.2 million support programme to ensure authorities have the resources to take timely decisions.

We are creating a regulatory regime that provides clear, strong protections for the environment. Our approach is guided by advice from the Environment Agency. Regulations will ban fracking at depths of less than 1,200 meters below National Parks, Areas of Outstanding Natural Beauty, the Broads and World Heritage Sites, and fracking wells cannot be sited in National Parks or other protected areas. Consent cannot be granted for drilling without an environmental impact assessment, and operators are required to monitor the level of methane in groundwater. Sites of Special Scientific Interest (SSSIs) already enjoy strong protection under the existing planning and regulatory regime. These rules make it clear that development should not normally be permitted if it is likely to have a negative impact on a SSSI. Fracking will not take place within protected groundwater source areas, defined as land at a depth of less than 1,200m of the surface. Drinking water is not normally found below 400m.

'Shale developments must have the confidence of those closest to them'

Under the planning section on his website however Letwin offers somewhat contradictory support, given that he has previously voted against making fracking firms apply for permits for exploratory drilling. 'I strongly believe fracking must be conducted safely and certainly not at the expense of either local communities or the environment,' he writes.[14]

'Local communities must and will remain fully involved in planning decisions. Planning authorities must make plans available to local people and ask for their comments, and I think that this is completely right - shale developments should have the confidence of those closest to them.' [15]

Letwin has voted a mixture of for and against increased regulation on fracking. [16]