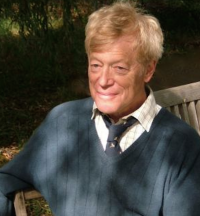 Roger Vernon Scruton (born 27 February 1944) is an influential conservative philosopher. He was a Resident Fellow at Peterhouse, Cambridge from 1969-71 and is considered to have been a member of the so called Peterhouse Right. He co-founded the Conservative Philosophy Group with John Casey and was editor of the Salisbury Review from 1982 to 2000. [1]

In 2002 he was caught taking payments from the tobacco industry in exchange for writing pro-smoking articles in the Wall Street Journal.

According to a profile in the Times Higher Education, Scruton 'came from a Labour-voting family, [but] his experiences of Paris in May 1968 shifted him sharply to the Right.' [2] In 2000 Scruton told the Guardian:

What I saw was an unruly mob of self-indulgent middle-class hooligans. When I asked my friends what they wanted, what were they trying to achieve, all I got back was this ludicrous Marxist gobbledegook. I was disgusted by it, and thought there must be a way back to the defence of western civilisation against these things. That's when I became a conservative. I knew I wanted to conserve things rather than pull them down. [3]

Scruton has complained that philosophy is not taken seriously by the Conservative Party and that ideas are simply used as tools for class struggle. In his memoirs he writes that: 'Ideas, in the Tory vision, are fleeting by-products of the social and political process, which are no sooner produced than forgotten. In this and other respects the Tory Party behaves as though Marx were its principal mentor: it treats philosophy as ‘ideology’, and economics as the motor of social life.' [4]

In conversation with the pro-war French philosopher and journalist Bernard-Henri Levy in December 2011, Scruton spoke enviously of the influence of French intellectuals compared with their UK counterparts, saying:

You can pick up a Telephone in Libya and speak to your President and say, ‘Bomb this ghastly place.’ You know, if I could do the same, you know, whatever ghastly place I was in, pick up a telephone and get the powers that be to bomb my surroundings, you know, I would feel I have made it. There’s a way in which the French intellectual is always there at the top. [5]

Scruton was caught taking payments from the tobacco industry in exchange for writing pro-smoking articles in the Wall Street Journal.

After The Guardian's disclosure in 2002 that Scruton had 'asked Japan Tobacco for a £1,000 a month rise to an annual £66,000 to help place articles defending the right to smoke in newspapers, including the WSJ, the Financial Times, The Times, the Daily Telegraph, and the Independent,' he was dropped by both the Financial Times and Wall Street Journal. [6] According to Scruton the Risk of Freedom Briefing that he edited was funded by Japan Tobacco International: [7]

My wife and I have a company devoted to public affairs, the aim of which is to help clients to find the language appropriate to their concerns and to promote debate of those concerns in the media. Japan Tobacco International has been our client for the last three years. We have advised JTI on language and arguments and arranged debates, seminars and conferences on risk and freedom, with their declared sponsorship.

We have also published Risk of Freedom Briefing, circulated to journalists (including some on the Guardian) the purpose of which is to stimulate debate. This carries my name as editor and JTI's name as sponsor. We have never concealed the relationship, but have tried to make clear we are related to our client not as advocates but as advisers. [7]