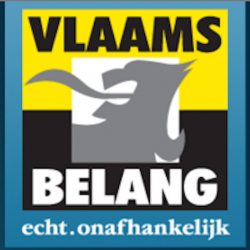 Vlaams Belang (VB) or 'Flemish Interest' is a far-right Flemish nationalist party formed in 2004, when its predecessor Vlaams Blok was declared to be racist by a Belgian court.[1]

The counterjihad conference that touched all this controversy off -- since VB and SD reps attended it -- was openly pro-Israel, featuring an address by Andrew Bostom on antisemitism and another by the decidedly non-dhimmi Israeli politician Aryeh Eldad. There was nothing white supremacist or neo-Nazi about it, and in fact it seemed to herald a new phase of cooperation between European and American anti-jihadists, although its genuine work has been completely overwhelmed by the ensuing controversy.[3]

In January 2008, Vlaams Belang joined with other European far-right parties to launch a new organisation opposing the 'islamisation of Europe'.

The group dubbed "Cities against Islamisation" was presented to the media in the northern Belgian city of Antwerp by Filip Dewinter, head of the far-right Belgian party Vlaams Belang (Flemish Interest) along with Austrian FPOE leader Heinz-Christian Strace and Robert Spieler of the regionalist Alsace First group.

Parties from Britain (the British National Party), Denmark, Germany and Italy were also represented at the launch of the group which has a road-sign-style crossed-out mosque as its logo.[4]

Robert Spencer initially accepted this as a vindication of the critics of Vlaams Belang, but reverted his position somewhat, after being told that the BNP had not joined the new organisation.[5]