From Powerbase
(Redirected from Pax Europa)
Jump to: navigation, search

Bürgerbewegung Pax Europa (BPE) is a German group which describes itself as a "Human Rights Organization for Freedom and Democracy Against Islamization".[1]

According to Hope Not Hate, it was founded 17 May 2008 by the merger of Bundesverband der Bürgerbewegungen (BDB) and Pax Europa.[2]

BPE was co-founded and formerly led by Udo Ulfkotte.[3] Prominent anti-Islam activist Elisabeth Sabaditsch-Wolff is involved in the organisation's Austrian arm BPE Österreich although has represented the organisation at OSCE conferences. 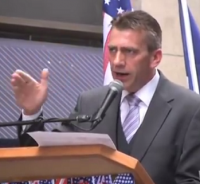 Former leader Udo Ulfkotte cooperated with Stop Islamisation of Europe and the Belgian Vlaams Belang in planning a demonstration in Brussels in August 2007, but subsequently pulled out, leading to an acrimonious dispute with his former allies.[4] Ulfkotte reportedly cited racist incitement against Muslims as the reason for his resignation.[2]

BPE co-organised a demonstration outside the Dutch embassy in Berlin in 2010, in solidarity with anti-Islam Dutch politician Geert Wilders. It reportedly has close links with Wilders’ Party for Freedom (PVV) in the Netherlands[2].

In January 2015, BPE issued a press release welcoming and declaring its support for the anti-Islam movement PEGIDA, claiming that the concerns of those involved were justified as ‘Islamisation’ posed an existential threat to ‘liberal democratic societies’ in Europe and ‘national cultural identities’. It reprinted the 16-point ‘position paper’ of PEGIDA.[6]. 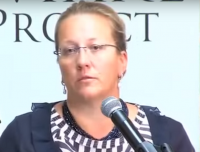 Pax Europe regularly engages with the Organization for Security and Co-operation in Europe (OSCE), particularly its Office for Democratic Institutions and Human Rights (ODIHR). Its submissions include: