From Powerbase
(Redirected from Oli Waghorn)
Jump to: navigation, search 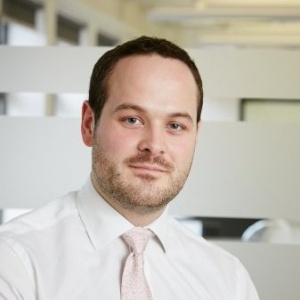 Oliver Waghorn is an arms trade lobbyist who was a special adviser (SpAd) to Conservative minister Liam Fox from 2010 until 2011 during Fox's scandal-ridden stint as defence secretary.[1]

In October 2016 Waghorn secured a plum job as head of government relations (external relations and policy) at Britain's most controversial arms manufacturer BAE Systems, not long after prime minister Theresa May had appointed his old boss Fox as trade minister. He was promoted to chief of staff to the CEO in April 2019.

Through the revolving door: turns lobbyist for big arms traders

After nearly two years as Fox's SpAd, Waghorn left the government in October 2011 to work as a freelance consultant 'for corporate communications and public policy'. A year later, Waghorn joined lobbying firm Interel Consulting as a director and head of its UK defence and security practice.[2]At Interel he led ' the defence and security practice across the group advising a range of defence, technology and aerospace clients on business critical issues. Over the last three years I have supported major UK, US and European primes including Boeing, Finmeccanica Lockheed Martin, QinetiQ and Babcock.[3]

Concern over Waghorn's access to Whitehall and Westminster whilst working for such clients at Interel saw Thomas Docherty MP ask the then Conservative defence secretary Philip Hammond in 2013 'on how many occasions Mr Oliver Waghorn has been registered as a visitor to his Department’s main building ' since Waghorn had stopped working as Fox's adviser. Hammond replied that:

Since November 2011, there is no record of Mr Waghorn having been registered as a visitor to the Ministry of Defence (MOD) main building, and Mr Luke Coffey has been registered as a visitor on three occasions.
[...] In addition, my private office records show both Mr Waghorn and Mr Coffey attended a meeting with me in my MOD office on 3 November 2011. [4]

Before becoming a special adviser, Waghorn was based in the House of Commons as a research assistant to Conservative Party MP for Aldershot Gerald Howarth.[5] Howarth was appointed a junior defence minister in the Coalition government from 2010-2012. He retired as an MP ahead of the June 2017 general election.

Waghorn was originally a research analyst and project manager at Defence Science and Technology Laboratory at the Ministry of Defence from October 2006 - June 2008. [6]