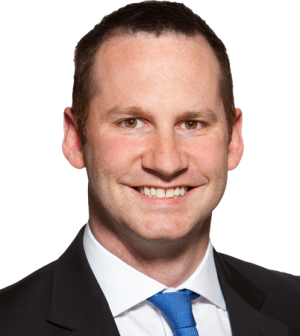 Luke Coffey was a special advisor (SpAd) to the former UK secretary of state for defence Liam Fox[1] until October 2011. He is now director of the Heritage Foundation's Douglas and Sarah Allison Center for Foreign Policy. [2]

He was previously a Margaret Thatcher Fellow at the foundation from 2013-15.[3]

Coffey graduated from Pacific High School in 1998.[4] He earned an AA in Military Science at the Wentworth Military Academy, where he studied between 1998 and 2000. In 2001, he studied South African Politics as a visiting undergraduate at the University of the Western Cape/Universiteit van Wes-Kaapland. He earned a BA in Political Science at the University of Missouri-Saint Louis, between 2000 and 2002. He earned an MSc in Politics and Government of the European Union at the London School of Economics in 2006-07.[5]

Coffey was a Captain in the US Army, serving first as part of the Southern European Task Force (SETAF) based in Vicenza, Italy and later deployed to Afghanistan as part of Operation Enduring Freedom (OEF VI) in 2005.[6]

Arriving in Britain in 2006, he began working for the Tory MP Mark Harper before applying to move to Fox's office.[7]

On Fox's appointment as Defence Secretary in May 2010, Coffey followed him into Whitehall as one of his special advisors.[5] Coffey oversaw policy on Europe, the US, the Middle East, military operations and welfare.[8] His biography today states that he was 'the first non-UK citizen appointed by Prime Minister David Cameron to provide advice to senior British ministers'.

In June 2010, a Sunday Times article by Isabel Oakeshott queried the appointment of an American to this role pointing to Coffey's US military background, and his role in the CENSA think-tank alongside US intelligence personnel. Oakeshott wrote: Highlighting these fears, Labour MP and former special adviser in the MoD Michael Dugher remarked that:

This raises serious questions. At a time when the MoD is undertaking a sensitive defence review, vital to British national interests, is it really appropriate to have a foreign national and a former member of the US military employed by the taxpayer as a special adviser to the British secretary of state? It will only fuel fears that Liam Fox plans to tear up important contracts with UK-based suppliers — supporting thousands of British jobs — in favour of buying ‘off the shelf’ from the Americans.[7]

Coffey was granted an all access pass to the MoD in advance of being "defence vetted" by the security clearance process. The process, which can take months, was apparently delayed due to Coffey's nationality. A question from Labour MP Kevan Jones about the nationality of special advisors was blocked by Francis Maude.[9]

Coffey stepped down as a special advisor in October 2011.[5]

Concern over Coffey's access to Whitehall and Westminster saw Thomas Docherty MP in 2013 ask the then Conservative defence secretary Philip Hammond 'on how many occasions Mr Luke Coffey has been registered as a visitor to his Department’s main building ' since Coffey had stopped working as Fox's adviser. Hammond replied that:

Since November 2011 [...] Mr Luke Coffey has been registered as a visitor on three occasions.

These were on 2 December 2011 for a meeting with the special advisor, on 23 January 2012 to meet staff in the Permanent Secretary’s Office, and on 24 January 2012 for a personal meeting with an Army Officer. In addition, my private office records show both Mr Waghorn and Mr Coffey attended a meeting with me in my MOD office on 3 November 2011. [10]

Coffey established the London chapter of American think tank the Council for Emerging National Security Affairs (CENSA) whose aim it is to "shape US national security policy" and "become the premier venue for virtual collaboration in addressing national security affairs and policy renewals".[7]

Coffey joined the Heritage Foundation as fellow of the Margaret Thatcher Center for Freedom in 2012.[3]