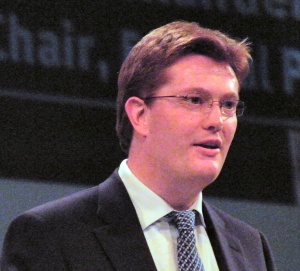 Danny Alexander was the Liberal Democrats MP for Inverness, Nairn, Badenoch and Strathspey from 2005 to 2015. He was appointed secretary of state for Scotland in 2010 and replaced David Laws as chief secretary to the UK treasury on 29 May 2010.[1][2]

After a surge in popularity for the SNP, Alexander lost his seat in the 2015 general election to the SNP's Colin Hendry by more than 10,000 votes.[3]

After the 2015 general election, Alexander turned down an offer of a peerage from Nick Clegg in the dissolution honours list. Former Lib Dem MPs David Laws, Simon Hughes and Vince Cable are also understood to have turned down the offer.[4]

In February 2016, Mr Alexander sought ACOBA's advice on a new position as Vice President and Corporate Secretary of Asian Infrastructure Investment Bank. The usual lobbying ban was waived in this instance, given that the UK is one of the founding members of the bank, and Mr Alexander took up the role later that month. [5]

In 2005 he was elected MP for the newly created seat of Inverness, Nairn, and Badenoch & Strathspey. He joined the shadow work and pensions team in 2005 and in July 2007 he was appointed shadow secretary of state for work and pensions, holding the post until June 2008. [2] Alexander chose instead to concentrate on the roles of chief of staff to the party leader, Nick Clegg, and chair of the Lib Dems manifesto group.

In May 2010 he became chief secretary to HM Treasury and was appointed to the Privy Council. [2]