Born in Israel, Benjamin Perl has lived in London for over 40 years. His business Sixtrees Ltd is headquartered in Huntingdon, Cambs, where he became a close personal friend of former Prime Minister Sir John Major. That friendship was instrumental in enabling Mr Perl to launch his “Towards 20 Schools” initiative in 1991. Since then, Mr Perl has more than reached his goal, establishing Jewish schools in London and beyond.[1]

At a Conservative meeting hosted at Perl's Pillar Hotel on Thursday 13th September 2012, 'local people were presented with an opportunity to ask direct questions about the Government’s policy and approach on issues connected with the Middle East. A wide range of questions included the impact of the American Presidential elections, the Foreign Secretary’s recent comments on the decision by the Israeli Cabinet to change the status of the Ariel University, settlements in the West Bank, and the future for the Peace Process in Israel.[3] 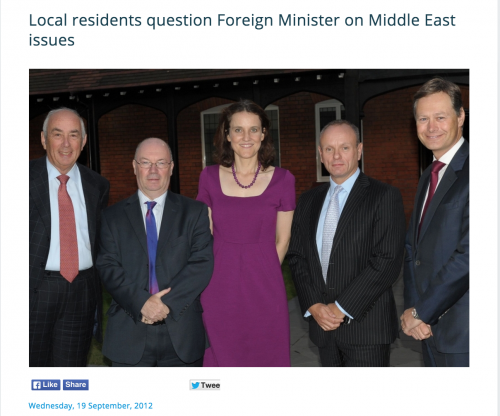