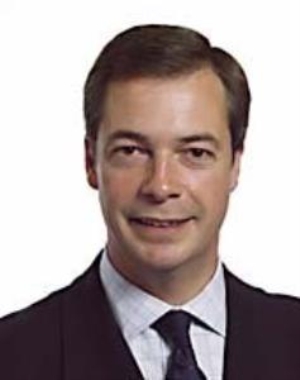 Born in London, Farage was educated at Dulwich College, London.[2]

Farage resigned as leader of UKIP having failed to gain the seat of Thanet South during the 2015 general elections. Speaking about his defeat, he insisted he had 'never felt happier', with a 'weight lifted off his shoulders'. [3]

He re-joined the leadership seat after 4 days, as the party had found 'overwhelmingly evidence' that UKIP members did not want Farage to go. [4]

In March 2017, the pressure group Hope Not Hate called on Kent Police to investigate claims that Farage exceeded his spending limits during the 2015 general election campaign. [5] The group allege that Farage's campaign failed to appropriately declare at least £26,302 in its electoral returns, and possibly well over £35,000, spent on campaign staff, billboards and mobile ad-vans. Farage strongly rejected the claims. [6]

After the victory for the 'Leave' camp, Nigel Farage resigned as leader once more, saying he had fulfilled his political ambitions and that it was time for him to take a rest. Speaking at a press conference in Westminster, he said: 'During the referendum I said I wanted my country back … now I want my life back.' [7]

However, Farage also decided to stay on as leader of the party’s group in the European parliament, creating a separate power base in Brussels and wielding some influence over funding. [8]

Following the January 2015 attacks in Paris including the murder of 12 people at the offices of magazine Charlie Hebdo, Farage commented:

Farage's comments, which seemed to imply generalised Muslim responsibility and to paint Muslims as external to European society and cultural heritage, were criticised by other politicians. Liberal Democrat Tim Farron said 'Nigel Farage's politics of blame has no place in modern, diverse and tolerant Britain'.[9]