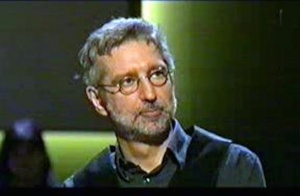 In November 2003, Cogen defended the Bush administration's handling of Guantanamo detainees in an interview with Radio Free Europe/Radio Liberty.

Cogen thinks it would be better for critics of the U.S. administration's policies, especially in Europe, to take an active part in drafting new legal procedures for handling what he calls "terrorist war crimes" instead of looking to apply narrow interpretations of existing laws, which he says fail to consider the state of war at hand.[2]

Cogen spoke at the CounterJihad Brussels Conference in October 2007, which also featured the likes of Bat Ye'or, Filip Dewinter and Robert Spencer.[3] He concluded his talk on 'Opposing Jihadism':

The war against jihad involves a proper legal framework that enables our governments and agencies to act efficiently. Since jihadist terror groups or private armies are conducting a real war against our society, we need military tribunals to deal with them instead of corroding and misusing the common criminal system. At the same time state practice, by means of national legislation, should develop specific rules within the body of the laws of war, a neglected aspect for a new type of war.[4]

In June 2008, Cogen spoke at 'How Free is the University', a conference in Los Angeles organised by the American Freedom Alliance.[5]

Cogen is a law professor in Belgium. He says he’s being persecuted by his peers for his support of Israel and the invasion of Iraq. He’s suing his university. All his classes have been taken from him but one.

"There is a Sovietization of Europe by the majority. They are telling the minority which opinions are acceptable."[6]

He was also a panelist at a June 2007 AFA event called 'The Collapse of Europe, the Rise of Islam and the Consequences for the United States', where Ayaan Hirsi Ali, Douglas Murray, Daniel Pipes and Dennis Prager, among others, also spoke. Cogen was described as an academic and 'an advisor to the Belgian Minister of Foreign Affairs' at that time.[7]

A number of sources describe Cogen as a ‘co-founder’ or ‘co-founder and director’ of European Friends of Israel.[8][9][10]