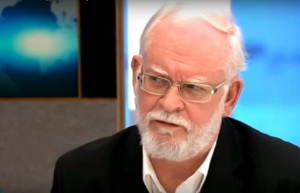 He is a former Editor-in-Chief of the Copenhagen daily newspaper Information. Since 2000 he has been a commentator with the national daily Berlingske Tidende and a frequent contributor to radio and television programs. He holds degrees in history (University of Aarhus) and English (University of Copenhagen).[1]

Hedegaard was convicted of hate speech in 2011 after stating that ‘Muslims rape their children’, though he successfully appealed this conviction the following year.[2]

In June 2014, Hedegaard launched a Swedish edition of his book Muhammad’s Girls: Violence, Murder and Rape in the House of Islam alongside Ingrid Carlqvist, Nicolai Sennels and Anne Marie Waters.[2] Previously the book had only been published in his native Denmark.

Hedegaard spoke at the launch of the Swedish Free Press Society, where he reportedly railed against multiculturalism and hate speech laws, stating:

As we can see in city after city and country after country, multiculturalism and cultural relativity have created problems so vast that politicians no longer know how to solve them. Angela Merkel has admitted that the multicultural utopia is off the table and so have David Cameron and Nicolas Sarkozy. But if they cannot solve the problems, they can at least try to prevent people from speaking about them.[3]