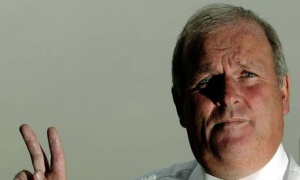 Kelvin Calder MacKenzie (b. 22 Oct. 1946) is a former editor of The Sun (1981-1993). He is a close associate of Rupert Murdoch, the media mogul. Murdoch referred to MacKenzie as his "favourite editor".