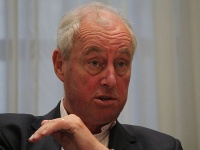 In June 2013, Yeo was caught by undercover reporters for The Sunday Times posing as representatives of a solar energy firm boasting about the access he could provide businesses to members inside the government. Asked whether he would be interested in a consultancy contract, he said:

'If you want to meet the right people, I can facilitate all those introductions and I use the knowledge I get from what is quite an active network of connections.'

He also revealed he had coached the managing director of GB Railfreight, the parent company of Eurotunnel of which Yeo is a paid director and shareholder, before the executive gave evidence to the commons energy and climate change committee, of which Yeo was the chairman.

His activities breached the commons' code of conduct, forbidding MPs from acting as paid advocates for private interests. Yeo however later denied the disclosures, saying he had never made a firm commitment to provide parliamentary advice or advocacy for any company, nor had he tutored any executives giving evidence before a select committee. A spokesman for GB Railfreight neither confirmed nor denied Yeo's statement. [2] He was cleared of breaking [[commons rules by the parliamentary commissioner for standards later that year.

In October 2015, Yeo announced he would be suing the newspaper for libel over the investigation, which he said had 'trashed' his reputation and showed 'a singular lack of responsibility both at the journalistic and the editorial level'. [3] In November 2015 however, the High Court ruled against his case, saying his evidence was 'utterly implausible' and not presented 'convincingly'. A reporter for The Sunday Times said the ruling 'vindicates the role of the press in exposing the clandestine advocacy by MPs for undisclosed interests'. Yeo later agreed to pay the newspapers legal fees, amounting to £411,000. [4]

In March 2015 Yeo told the Shale UK conference that the issue of shale gas was not a 'vote winner'. He was also extremely critical of the Environmental Audit Committee report on the issue released in early 2015, calling it 'the worst...... i have seen in 33 years'.

He was a member of the All Party Parliamentary Group on Unconventional Oil and Gas until May 2015.