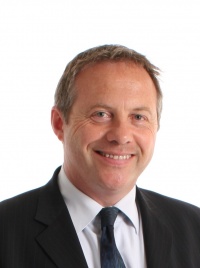 John Mann is the Labour Party MP for Bassetlaw. He was elected in June 2001 and served as the Parliamentary Private Secretary to the former Labour Minister for the Olympics Tessa Jowell, and for Richard Caborn, then Minister for Sport.

In 2012 Mann's biography on his website read as follows:

He is very much a “hands-on” Member of Parliament getting involved in issues that directly affect the day to day lives of his constituents. The campaigns and the issues that he has raised in Parliament are in direct response to concerns that have been raised by Bassetlaw residents. This has led to John running high profile campaigns on consumer debt, heroin and treatment for addiction, the overzealous staking of grave stones and the double charging by solicitors for miner compensation claims. In 2003 he ran a successful campaign to keep Bassetlaw Hospital A&E open and in 2006 he won the campaign to stop Bassetlaw Primary Care Trust from being merged into a wider county-wide primary care trust. In this current climate he continues to speak out on local health provision and the impact of the cuts on behalf of the people of Bassetlaw.

John sits on the influential Treasury Committee, where he has tackled the Chancellor over road fuel taxes and has challenged leading bankers over their bonuses. John has previously served as Parliamentary Private Secretary to Minister for the Olympics Tessa Jowell, and for Richard Caborn, then Minister for Sport[3]

John Mann MP is the Parliamentary Private Secretary to the Minister for the Olympics: Tessa Jowell. He has previously served on the influential Treasury Select Committee where he led the campaign for more transparency in the consumer credit industry. Before entering Parliament he previously worked for the Amalgamated Union of Engineering Workers (AEEU) as Head of Research and Education and as the National Training Officer at the TUC.

John is currently chair of the Parliamentary Committee against Antisemitism.[4]

In 2008, The Jewish Chronicle declared 'the top spots' on their second annual list of those who 'wield the greatest influence on British Jewry'. Mann is listed at number 17[5]. The criteria for being listed is described as 'those with a vision for Jewish life in this country and who did their utmost to bring it about using either money; persuasion; religion; culture; political or social leadership; or simply inspiring through word and deed'. In order for someone to be listed in the top 20, it was generally necessary to demonstrate influence in more than one of the spheres[6].

In April 2014, Mann spoke out against Dart Energy's plans to drill on the former site of a huge explosive factory - a decision he described as "beyond comprehension". [8]

IGas was awarded two licensing blocks in Mann's constituency by the Oil and Gas Authority under its 14th licensing round in 2015.[9] In January 2016, Nottinghamshire County Council approved an IGas application to drill up to 12 groundwater monitoring boreholes at a proposed shale gas at Misson, despite strong public opposition. [10] At a council meeting prior to the decision, Mann had said the application was inappropriate because it would industrialise the countryside around Misson. In November 2016, the council further approved an application by the company to test drill for shale gas at the same site. [11] On the decision, Mann said:

'Whilst I am pleased that the arguments that I put forward about lorry movements have been addressed I am tremendously disappointed at this decision. The decision of where fracking takes place should be determined by local people.

No one from Misson, where I know they are mainly vehemently opposed, had a say and none of the councillors who voted on the decision come from Misson.

I still think that we should put a pause on fracking - whilst a full, independent assessment of the risks was undertaken. Most importantly, fracking should only go ahead with the full consent and involvement of local people, who should have the final say on any application and in securing any potential benefits or investment from fracking for their community.' [12]

In November 2016, the Environment Agency gave Dart Energy, a subsidiary of IGas, permission to conduct exploratory drilling at Tinker Lane, between Blyth and Barnby Moor, bringing the possibility of a second shale gas site in Mann's constituency a step closer. [13]

Mann's constituency also includes four licensing blocks awarded to INEOS, where there are a plans for a total of four shale wells, four hrz frac wells and 2D and 3D seismic surveying. No applications are currently underway.

Mann has generally voted in favour of increased regulation on fracking. [14]

'This week I voted to halt fracking until we have had a full, independent assessment of the risks and benefits. Whilst I have an open mind on fracking, I can see no reason why it should not be put on hold until we have more evidence. Then local people should be able to decide whether they want fracking in their area. The debate on fracking itself was a farce. The Tory Minister, from Hastings, refused twelve times to let me ask her why local people shouldn’t have the final say over fracking in their area.'

One fracking planning application has already been turned down in Bassetlaw and IGas is currently exploring the possibility of fracking in Misson. Due to its natural resources Bassetlaw is likely to be at the forefront of attempts to frack which is why I have been pushing for a moratorium on fracking and for local people to decide whether it should go ahead.'[15]