Islamofascism is a phrase used by pro-war commentators to demonise Islamic groups and encourage support for military intervention in the Middle East. The phrase invokes the collective memory of the Second World War, suggesting Western militarism to be benevolent and heroic and its Islamist enemies as utterly wicked and implacable. It serves an important function in ridiculing peace activists because of the negative reputation of appeasement in Western political culture. 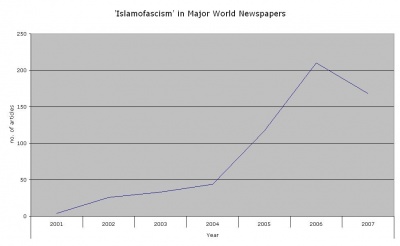