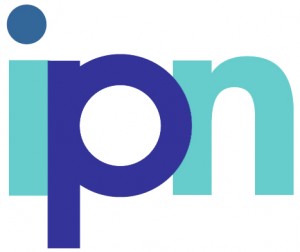 IPN seeks to bring down barriers to enterprise and trade, in order to achieve a world of opportunity, peace and prosperity. [1] The organisation describes itself as a think-tank or independent charity, although critics have accused it of being more like a lobbying group [2]

IPN’s UK Charity (No. CC 262982) was founded by Globalisation: Antony Fisher in 1971 under its original name which was the International Institute for Economic Research (IIER). The mission of this body is to “Promote the advancement of learning by research into economic and political science and the publication of such research.” In 1981 the IIER, thanks in the most to Fisher, started a side project called the Atlas Economic Research Foundation. It was not until 2001 when the IIER went under some more rebranding that it became the International Policy Network. [3]. It has been an agent of globalisation since its beginning and the work which they strive to achieve can be further described in this sense when compared with some words from Giddens: “In terms of growth rates, over the past 15 years the comparison is zero growth for closed poor economies and approximately 5 percent growth for open poor economies. Moreover, in the open poor economies there is a reduction in inequality rather than an increase” [4]. A separate quote which follows along the same lines as this is when John Blundell states that the countries which are following the plans laid down by the institutes which Fisher had set up are going up the ranks where as the countries which have not set up such economic institutes have not fared as well[5].

IPN’s sister organization, International Policy Network US Inc., is a non-profit, 501(c)(3) organization incorporated in 2001. The two organizations are separate legal and financial entities with independent boards, working together with a common vision [6].

Links to other organisations

The IPN has been linked to several other organisations and think-tanks including; Atlas Economic Research Foundation, Institute of Economic Affairs, Stockholm Network and Competitive Enterprise Institute. Anthony Fisher, who founded the IPN, went on to found the Atlas Economic Research Foundation in 1981 creating several ties between the organisations. Julian Morris, the current executive director of IPN was previously the director of the Institute of Economic Affairs’ Environment and Technology Programme. Morris is on the Policy Advisory Board for the International Climate Science Coalition and a regular speaker at the Heartland Institute. “Bate and Morris work for the Institute of Economic Affairs (IEA), a right-wing think tank based in London. Bate is also a fellow at the Washington-based Competitive Enterprise Institute (CEI), a leading anti-environmental think tank, where Kendra Okonski also used to work”.[9] IPN is also partnered with over 75 think-tanks worldwide, incuding;

Sharon Beder, in an article, states that "Conservative think tanks are generally set up as private, tax-exempt, research and advocacy institutes, and are largely funded by foundations and corporations. They have sought to insert neoliberal ideology into environmental policy. They advocate the use of the market to allocate scarce environmental resources such as wilderness and clean air and promote the replacement of legislation with voluntary industry agreements, reinforced or newly created property rights and economic instruments". [10] However Corporate Europe Observatory state that “Over the last few years, the EU capital Brussels has experienced a huge growth in the number of new think tanks seeking to influence the EU's political debate. A large number of these new players advocate radical "free market" ideology. This includes the London-based International Policy Network and the Paris-based Institut Montaigne. These groups who would once have been regarded as loony fringe organisations, are expanding fast and working their way into mainstream EU political debate. While their funding sources remain a well-protected secret, research by CEO has revealed that it is large corporations that foot the bill for the expansion of these radical rightwing think tanks.”[11] IPN has been described by right-wing blogger Paul Staines as a “change denying propaganda machine funded by industry interests” who peddle “policy recommendations and propaganda on behalf of its sponsors so transparently that almost everyone ignores it”.[12] In regards to statements that the IPN receive funding from large companies to dismiss the effects of climate change, such as ExxonMobil, Julian Morris replied in a letter written to the Times in 2005, that “IPN has a programme on environment and sustainable development issues to which the ExxonMobil Foundation has contributed over a number of years”.[13] Oxfam has criticised the IPN for producing “irresponsible” criticism towards International Aid, which in turn, can put millions of lives at risk. The article, published by Oxfam, states that, while they realise that vast quantities of Aid is misspent and ends up in the hands of corrupt officials, the Aid which is accounted for helps to dramatically improve the lives of those who receive it. [14] The IPN respond to this article by stating that “challenging a system that so evidently doesn’t work is not irresponsible- it is prudent and rational” [15]