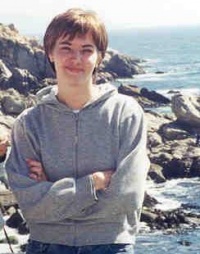 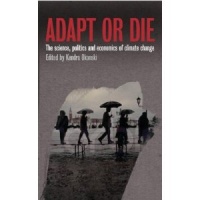 Kendra Okonski works for the International Policy Network (IPN) in London. Prior to 2001 Okonski worked as a research assistant at the Competitive Enterprise Institute, the Washington-based 'think tank' whose multi-million dollar budget comes from major US corporations like Philip Morris and Dow Chemicals.

Daughter of a US lumber industrialist, Okonski grew up in Montana, U.S.A., and Santiago, Chile. She studied economics at Hillsdale College in Michigan, where she also edited The Restoration, a libertarian publication for college students.

Okonski has edited a book for the IPN attacking the Kyoto protocol. The book's contributors include several who have been active in the GM debate - Martin Livermore, Julian Morris, Barun Mitra and Philip Stott.

Okonski is described as the IPN's 'Sustainable Development Project Director.' As part of her job, she writes on trade and globalization, agriculture, and environmental issues. She has also fronted as the media contact for the deceptively named Sustainable Development Network (SDN). SDN appears to be another guise of the IPN and its director Julian Morris.

During the World Summit on Sustainable Development (WSSD) in Johannesburg in 2002, SDN played a key coordinating role for pro-corporate lobbying, including organising a pro-GM march. According to L. Val Giddings, the Biotechnology Industry Organization's Vice President of Food and Agriculture, the march was the very first time, 'real, live, developing-world farmers' were given a chance to speak for themselves and reject the 'empty arguments' of the biotech industry's critics. Giddings also claimed that the farmers conferred a 'Bullshit Award', made with two varnished piles of cow dung, upon those that were deepening their poverty by denying them biotechnology. Among the marchers were TJ Buthelezi, Chengal Reddy, and representatives of AfricaBio.

But an eyewitness report on the march suggests Giddings' account is highly misleading [1] Many of the marchers were not there to support GM. In fact, the main body of marchers had been recruited in the name of a protest against limitations placed on street trading by the Johannesburg authorities.

A week before a march had taken place in Johannesburg involving thousands of poor, evicted and landless people, but it drew almost no media coverage. By contrast the 'pro-GM' march, despite involving only a few hundred people, captured press coverage on five continents. Subsequent comment has focused on the fact that the organizers' press release gave Kendra Okonski as the media contact. Okonski was also the media contact on the press release for the 'Bullshit Award', which was not conferred by farmers, as Giddings claimed, but by a right-wing pressure group - the New-Delhi based Liberty Institute, a part of the Sustainable Development Network.

Okonski has a long track record of organising 'protest'. She co-founded and managed the website counterprotest.net. In an article entitled, Take it to the streets, Okonski argues for 'a new approach to marketing libertarian ideas'. Of particular importance, she says, is 'the need to imitate the tactics of our opponents (environmentalists, human and civil rights groups, anti-globalization groups), both in the short run and the long run'. According to Okonski, 'Protesting, or counter-protesting, not only secures press for our views, but more importantly, steals media attention away from groups we oppose'. Okonski also claims the 'anti-globalization movement uses developing world spokespeople... and a variety of "indigenous" individuals to oppose technological progress, free trade, and change itself.' Counter-protesters must learn, Okonski argues, 'to give our ideas the same sort of compelling emotional appeal'.

Among other counter-protests, Okonski was the organiser of the Washington-area 'Walk for Capitalism'. She also protested outside Starbucks, to counter demands that the milk Starbucks served should come from cows not treated with Monsanto's genetically engineered cattle drug rBGH - a drug banned in the main industrialised countries other than the United States.

Liberalni Institut, consultant to its Center for Environmental Studies [2]