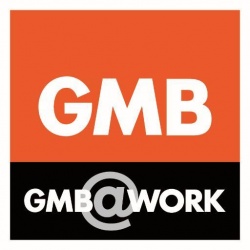 The union are active in the Labour Party and have been one of the biggest donors to the the party.

The union began as the Gas Workers and General Union in March 1889 in East London by Will Thorne. Its first victory, in 1889, was reducing the working day from 12 to 8 hours.[1]

On 8 June 2015 at a union congress debate in Dublin, the GMB came out in support of onshore fracking for shale gas in the UK.[2]

Speaking at the conference, GMB national secretary for energy and utilities Gary Smith said shale gas was a necessary part of the UK's energy mix to reduce CO2 commissions and reduce dependence on gas imports. He said:

'If exploratory drilling reveals a plentiful supply of UK shale gas reserves, is it not a moral duty for Britain to take responsibility for providing for our own gas needs from those supplies, rather than importing gas from elsewhere?'

In September 2016, the GMB criticised the Labour Party for pledging at its national conference a nationwide ban on fracking as 'nonsense' and 'madness'. Gary Smith said the move was 'abdication of our environmental and moral responsibilities'.[3]

In a March 2017 press release, GMB said it had written to political leaders urging them to make sure the police and courts took 'a firm line' with any protesters targeting shale gas suppliers. Together with the pro-fracking North and Western Lancashire Chamber of Commerce, it called for the protection of rights of people working in the nascent fracking industry, noting plans for two weeks of direct action against supply companies, announced by Reclaim the Power, which opposes fracking and other fossil fuels. [4]

Energy minister Claire Perry hosted a roundtable with the fracking industry in May 2018 just hours before she gave evidence to a committee of MPs on the Conservative government's proposed changes to relax the rules on shale gas development in the UK.

GMB was listed on a 'reconstructed' attendee list for the event, released under the freedom of information act to North Yorkshire resident Jonathan Bales following an internal review of the Department for Business, Energy and Industrial Strategy's initial almost completely redacted FOI response. [5]

The Nuclear Workers Campaign is part of the GMB that has campaigned for a new generation of nuclear power plants. For example on 29 March 2006, GMB members from the Nuclear Workers' Campaign (NWC) lobbyed parliament on Wednesday 'hoping to persuade MPs, the Prime Minister and his Cabinet that nuclear power is a necessary part of a secure and balanced energy policy for Britain'.

The lobby was called 'Nuclear Power - The Right Answer' and sought support for for new nuclear power stations in the UK. Gary Smith, GMB National Officer, said "GMB is campaigning for a new generation of nuclear power stations on existing sites. This will improve the UK's security of energy supply and preserve our nuclear technology industry. It should also maintain existing jobs and in the longer term create new ones. However, GMB believes it is vital that expenditure on the new nuclear programme is not at the expense of investment in other equally important energy sources. The current level of investment in renewables, biofuels and micro generation must be maintained."[7][8]