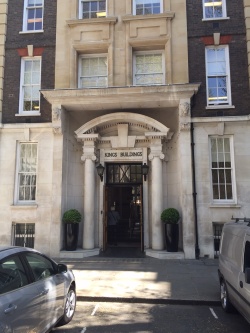 The Chemical Industries Association (CIA) is the largest organisation that represents chemical and pharmaceutical businesses throughout the UK. It both lobbies to influence government policy on behalf of the chemical industry, and provides advice and services to the industry.[1] Chemicals manufacturing in the UK is largely concentrated in the northern regions of the UK and Scotland, in four key chemical clusters and are represented locally by Cluster Teams. In Scotland by Chemicals Team Scotland, Northwest England represented by Chemicals Northwest, Northeast England represented by the Northeast of England Process Industry Cluster (NEPIC) and in Yorkshire and Humber by Yorkshire Chemical Focus and Humber Chemical Focus.[2]

Unconventional gas 'offers a vital new source of raw materials for chemical products' according to the association so it's not surprising the industry has got behind the push to educate the public on its virtues. In 2014 it published a four-page pamphlet 'Shale Gas: The facts'[4] which contains statements such as:

A two-minute 45-second video purporting to 'bust the myths around fracking' released by the CIA can be found on the politics.co.uk website. On the issue of potential groundwater contamination caused by chemicals used in the fracking process CIA's interviewee 'scientist' said:

This is unlikely as the process is strictly policed and chemicals are only used initially to open the well. Chemicals are in such low concentrations that the fracturing mixture is more than 99 per cent sand and water.

In January 2013 CIA met with Lord de Mauley, parliamentary under-secretary at the Department for Environment, Food and Rural Affairs to discuss the UK’s chemical industry and the implementation of REACH. It met with him again in March 2013 as part of a wider 'UK chemicals stakeholders forum'. [7]