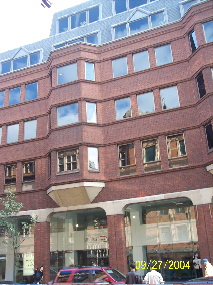 For a small boutique agency, Foresight has numerous connections with the world of politics. [1]

Other members of Foresight's team include:

The Sunday Times reported in June 2006:

"A former defence minister has been criticised by a Whitehall vetting committee for accepting a job as a defence industry lobbyist without seeking official permission. Ivor Caplin, who stood down at the last election, has taken lobbying jobs with two companies — Foresight Communications and MBDA Missile Systems — in breach of the ministerial code.

Former ministers are expected to inform Whitehall’s Advisory Committee on Business Appointments before accepting such employment offers. Section 5.29 of the ministerial code states: “On leaving office, ministers should seek advice from the . . . committee . . . about any appointments they wish to take up within two years of leaving office.”

The committee has criticised Caplin for accepting the appointments without seeking its advice... The committee, which was set up by John Major, the former Tory prime minister, and is now chaired by Lord Mayhew, has now demanded that Caplin does not “become personally involved in lobbying ministers or officials for 12 months”. [4]

In 2001, Foresight helped launch the corporate front group the Scientific Alliance with Robert Durward.[5] The original contact for the Alliance is Robert Durward who is also the director of Foresight client the British Aggregates Association (BAA). [6] [7]

Foresight's other clients include the New Party for Britain (also known as the People's Alliance). The New Party is so right-wing that the Tory leader in Scotland, where it operates, called it 'fascist and undemocratic'. Like the Scientific Alliance, this 'People's Alliance' was established by Durward and Adams.[8]

The Scientific Alliance is anti-environmental, anti-organic and pro-GM. It is also pro-nuclear and dismisses manmade climate change. [9] [10]

The Scientific Alliance's Advisory Board includes:

Both Wilson and Moses are part of Sense About Science