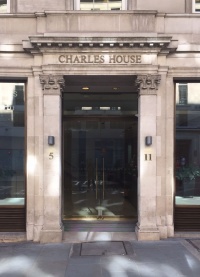 Energy UK is the trade association for the energy industry. It was set up in 2012, after the Energy Retail Association, Association of Electricity Producers and UK Business Council for Sustainable Energy merged.[1]

It says it provides “a source of expert advice on industry matters” and works “to enhance the industry's reputation with customers and with the communities it serves”.[2]

Energy UK says that nuclear energy “is expected to play an important part in helping to make sure Britain has the reliable, low carbon energy supplies it needs for the future”.

It adds that following the Fukushima disaster in 2011, the Office for Nuclear Regulation concluded that the “direct causes of the nuclear accident in Japan were far beyond the most extreme events the UK could expect to experience. He therefore found that there was no reason to stop the operation of nuclear power plants or other nuclear facilities in the UK.” [5]

More than 70 companies are members, including law firms and consultants: [6]