General Sir David Richards (Lord Richards of Herstmonceux) is the former head of the British armed forces. He was Chief of the Defence Staff and Chief of the General Staff.

Richards is now a crossbench peer in the House of Lords, having joined on 24 February 2014.[1]

Since retiring in 2013, Richards has advised the repressive governments of Bahrain and United Arab Emirates as well as the arms firm Dyncorp, among others. Other controversial clients include the oil company Vitol and the King of Jordan.

The former commander-in-chief was listed as a keynote speaker at the Bahrain International Defence Exhibition and Conference in October 2017. His talk was on 'Regional alliances: Their role in security, challenges and opportunities'. [2] 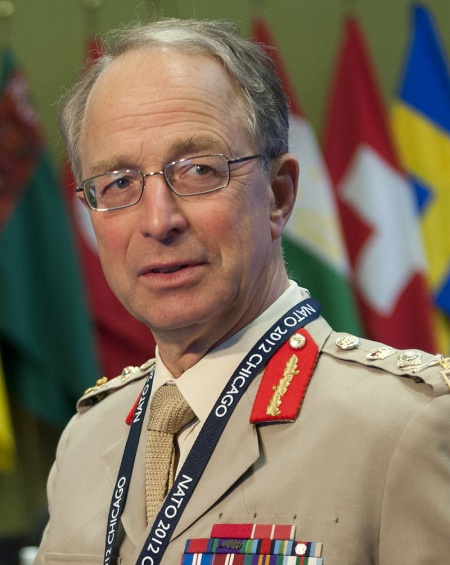 After graduating from university, Richards was commissioned into the Royal Artillery in 1971. He has completed three tours of duty in Northern Ireland, led the British contingent in East Timor in 1999, twice commanded a UK joint task in Sierra Leone in 2000, served as commander of the Nato operation in Afghanistan between May 2006 and February 2007 and commander-in-chief of UK land forces from 2008-2009.[3][4]

Since retiring from the army in 2013, Richards has forged a lucrative career as a 'strategic consultant' for a range of clients, some controversial. He is on record as saying he does not lobby the British Government on his clients' behalf.

Strategic advice, 'not lobbying or anything remotely like it'

Lord Richards is the founder, chairman and director of Palliser Associates Ltd, which has provided strategic advice to governments and companies since 2013, and is 100 per cent owned by Richards and his wife. Clients have included:

In 2015 Richards asked the Prime Minister's Advisory Committee on Business Appointments (APPG) about accepting new commissions under his independent consultancies Equilibrium Gulf Ltd and Equilibrium Global Ltd. These included organisations such as The Brenthurst Foundation, Huntsworth, Apache Asia and Dyncorp. ACOBA approved all as falling under the terms of his consultancy.[6]

When asked about his consultancies by the Wall Street Journal in 2014, Richards said he only advises foreign governments and does not lobby the British government. "I set up Palliser and EQ-G [Equilibrium Global] because of my frustration over the lack of strategic understanding, globally, and a belief that I could help governments and companies where appropriate do much better. This is not lobbying or anything remotely like it," he says.[7] In March 2018 Richard's entry on the Lords Register of Interests stated that he remained chairman and a director of both companies but had no personal clients. [8]

As declared in the House of Lords Register of Interests:

'During the meeting, the minister welcomed the guest, hailing the historical close ties linking the Kingdom of Bahrain and the United Kingdom and praising the constant progress of these relations that pour into the interests of the two friendly countries and peoples. '

In his turn, Lord Richards thanked the minister and praised the key role being played by the Kingdom of Bahrain in underpinning regional peace and stability, wishing the kingdom every progress and prosperity. The meeting also touched on the main developments in the region and across the world. [11]

As a member of the All-Party Parliamentary Group on Defence and Security Issues, the Member attends regular meetings at which the value of the hospitality received over the course of a calendar year exceeds the registration threshold of £140. [1]

He is also a visiting Professor of Exeter University (unpaid) and an Honorary Fellow of both King’s College London and Cardiff University. He is a senior adviser to the International Institute of Strategic Studies and a Governor of the Ditchley Foundation.