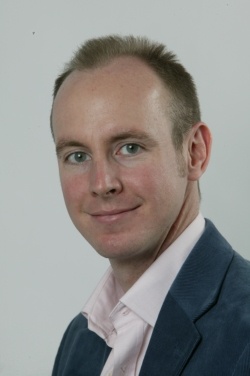 Daniel Hannan (born 01 September 1971, Lima) is a British MEP for South East from Conservative and Unionist Party since 1999.[1]

He has spent years arguing for Brexit, or the decision by the UK to leave the European Union.

He is the president of the Institute for Free Trade, launched in September 2017.

Hannan is a vocal advocate for the UK leaving the EU. He is known for his hard-line pro-Brexit views.

In September 2017, Hannan fronted the launch of a new pro-Brexit think tank called the Institute for Free Trade. It 'sees Britain’s withdrawal from the European Union as a unique opportunity to revitalise the world trading system'. In a 2016 speech to the US think tank, the Heritage Foundation, Hannan said that 'spoiled millennials' and 'global regulation' imposed by NGOs are what stands in the way of agreeing a bilateral US-UK trade deal. Otherwise it would 'take only five minutes' to agree and be done in 'less than 500 words', he said.

In May 2017 Hannan declared on his register of interests that he was being paid by JC Bamford Excavators. The chair of JCB is Anthony Bamford, one of the largest donors to the Conservative Party and the Vote Leave campaign for Brexit. [2] 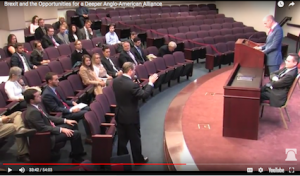 Hannan speaking on Brexit at Heritage Foundation, 7 November 2017. From the video, it was poorly attended. 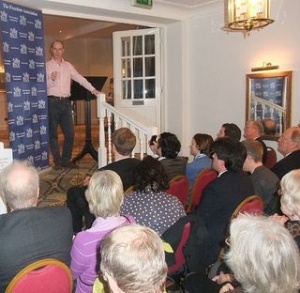