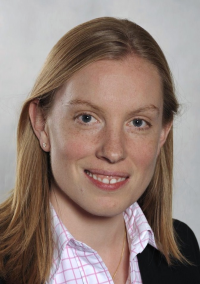 Tracey Crouch is the Conservative Party MP for Chatham and Aylesford. She won the seat in the UK general election in 2010 with a majority of 6,069. In the 2015 election, Crouch was re-elected with an increased majority of 11,455 and appointed as Parliamentary Under-Secretary to the Department for Culture, Media and Sport.[1]

Crouch is a former lobbyist who was head of public affairs for financial giant Aviva for five years before becoming an MP.

After graduating from university, Crouch worked as a researcher for the Conservative Party for a few MPs including Michael Howard. In 1999 she left parliament to become a political consultant representing clients ranging from a 'major chocolate manufacturer, financial institutions and members of the chemical industry, through to slimming groups and pet charities'. [2]

Crouch once again left Parliament to work in the City until 2010, for insurance giant Norwich Union and its FTSE parent Aviva. [2]

Crouch studied law at the University of Hull.