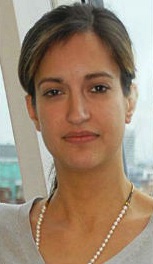 Tara Singh is a former energy lobbyist who was the UK prime minister David Cameron's special adviser on energy from May 2013 until 2015. [1]

In 2015 she took up a new role as head of policy for the Conservative's London mayoral candidate Zac Goldsmith's 'Back Zac 2016 campaign, [2]

Singh was previously head of think tank Policy Exchange's environment and energy unit from 2007 until 2008, head of environment at the Conservative Research Department from 2005-07, and also worked for lobbyists Portland PR and Hill & Knowlton.

In her newly created role at No 10, Singh was responsible for briefing the PM on issues relating to energy and climate change.[1] According to the Independent newspaper, Singh's role was,

a crucial role as the government works furiously to complete the Energy Bill, a hugely important and ambitious piece of legislation that will dictate the shape of the country's power infrastructure and will determine whether Britain's lights stay on.

Ms Singh is also likely to be heavily involved in the run-up to the crucial Paris climate change summit in 2015, where nearly 200 countries will attempt to reach a hugely challenging agreement to significantly cut their carbon emissions. Energy Minister Ed Davey has said he wants Britain to play a key role in agreeing a global settlement.[1]

She was previously head of environment in the Conservative Research Department from 2005 to late 2007. She worked first under Oliver Letwin and then Peter Ainsworth, as well as advising other senior Tories. She was also the Party’s liaison with its ‘Quality of Life Group’, working with Zac Goldsmith and John Gummer.

After Policy Exchange, Singh led Portland PR’s the new ‘Responsibility’ division, which focused on environmental and social issues, where her main client was McDonald’s.