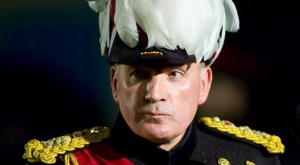 General Sir Richard Dannatt served as the Chief of the General Staff in the British Army from 2006 to 2009, after which he was appointed Chairman of the Royal United Services Institute.[1]

Since then, Dannatt has also undertaken consultancies with Typhon and Targetfollow, and with Imeon Logistics until July 2017. [2] He is currently chairman of Cadence Consulting, a board adviser to Photonis Netherlands BV and a senior adviser to Joule Africa[3], which develops sustainable energy projects in Africa.

Dannatt has been chairman of Royal Armouries since 2015, a role which was extended by the UK government until November 2018. He was the 159th Constable of The Tower of London and a Trustee of Historic Royal Palaces from August 2009 -July 2016.

In 2012, Dannatt was one of several retired senior army officers targeted in a sting operation by Sunday Times journalists posing as representatives of a Korean drone manufacturer.[4]

Dannatt reportedly discussed a fee of £100,000 for two days work a month:

Dannatt wanted to know that the drone he would be pushing was a good bit of kit. With that proviso, he was happy to tap up Bernard Gray, the civilian chief of defence procurement on their behalf.[4]

Dannatt told the Sunday Times that he represented Capita Symonds, which was bidding for a £400 million contract to manage Ministry of Defence estates, and that he had managed to get himself a place next to Permanent Secretary Jon Thompson at a dinner for the Soldiers, Sailors, Airmen and Families Association, on the strength of the fact that they had both attended St Lawrence College.[4]

Two peers accused of boasting about the way they lobbied top officials to secure military contracts did not break any rules, according to a Whitehall investigation.

The report cleared the former Head of the Army, Lord Dannatt and former Chief of the Defence staff Lord Stirrup. It dismissed a complaint that they used their influence to secure the contracts for private firms.[5]

The following roles ACOBA "approved subject to the condition that, for 12 months from his last in service, General Dannatt should not become personally involved in lobbying UK Ministers or Crown servants, including Special Advisers, on behalf of his new employer or their clients".

Dannatt published his autobiography: Leading from the Front in 2010 and a second book: Boots on the Ground - Britain and her Army since 1945 in October 2016.