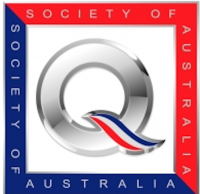 The Q Society of Australia is an anti-Islam lobby group.

It describes itself as 'a not-for-profit civil rights organisation run by a dedicated group of volunteers'.

In March 2014 the group announced that it intended to launch a political party based on the hardline views of Dutch politician Geert Wilders. Its plans to field candidates at the next federal election has raised fears among moderate Muslims of a rise in extremism. [1]

Our aim is to inform and widen the public understanding of Islam as aggressive global ideology. As more Australians understand Islam is not ‘just another religion’, this realisation will lead to a more critical debate about these non-spiritual and non-religious aspects of Islam; ultimately generating a shift in public opinion and policy creation. Q Society is a secular organisation and not associated with any political or religious movement.

It is registered in the state of Victoria, 'but active around the country with a national board, state chapters, local groups, members and supporters. [2]

In March 2014 it held the First International Symposium on Liberty and Islam (SION) in Melbourne, Australia. Attendees and speakers included:

From private donations - it tells potential donors that:

Please keep in mind we are concerned with the socio-political, judicial, economical and demographic aspects of Islam, not the spiritual path or personal religion of Muslims.

It lists a PO Box address for donations: