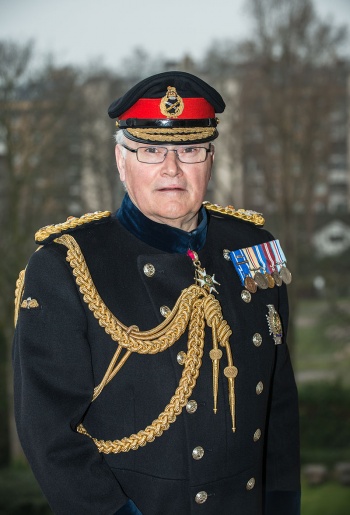 General Sir Peter Wall was the Chief of the General Staff, the professional head of the British Army [1]until January 2015.

In August 2016 Sir Peter was appointed a non-executive director of General Dynamics Corporation,[2] joining a board that included another former senior civil servant Andrew Cahn, who headed UKTI until 2012.

A 2003 Ministry of Defence biography gave the following details of Wall's career:

Peter Wall was commissioned into the Royal Engineers in 1974, and, after a short period of regimental duty, studied engineering at Cambridge University. He returned to regimental duties with 9 Parachute Squadron, Royal Engineers, serving in Belize and Rhodesia. After a tour as an instructor at the Royal Military Academy Sandhurst, he joined the Queen's Gurkha Engineers in Hong Kong. He attended the Army Staff College in 1987, then served as Chief of Staff of 5 Airborne Brigade, before commanding 9 Parachute Squadron RE. Promoted to Lieutenant Colonel, he served a staff job in Whitehall before taking command of 32 Engineer Regiment in Germany, deploying on operations to Bosnia.

After a further staff appointment, he was promoted to Brigadier and assumed command of 24 Airmobile Brigade in 1999. He was responsible for converting the formation into 16 Air Assault Brigade later that year. He served as Chief of Staff at the Joint Force HQ from April 2001 to February 2003, when he assumed his current responsibilities on promotion.[3]

Wall served as UK National Contingent Chief of Staff during Operation Telic, the invasion of Iraq.[4]

In August 2016 Wall became a non-executive director of General Dynamics Corporation, a US company which at the time had a large number of live and closed contracts with the UK MOD, including a significant contract for Scout specialist vehicles.[5]

Noting both the contracts and the fact that Sir Peter 'had had official dealings with GD and its competitors during its last two years of service', the prime minister's Advisory Committee on Business Appointments(ACOBA) said that it had discussed whether it should recommend the position as 'unsuitable'.

Ultimately, however, ACOBA concluded 'that there was no reason why Sir Peter should not take up this appointment' if he were to respect a waiting period of 18 months before 'personally lobbying the UK Government, including the MOD and the Armed Forces, either formally or informally on behalf of General Dynamics Corporation, its subsidiaries or clients' and if he did 'not have any involvement with matters relating to the Scout contract'. [6]

It should be noted that if ACOBA had deemed the position as unsuitable, we would most likely not ever have known, as ACOBA does not publicise such rulings.

Meetings with future employer while in government

According to Campaign Against the Arms Trade, Wall met twice with General Dynamics while working for the MOD. [7]

Wall is a director of Amicus, 'a strategic leadership consultancy, specialising in imparting military command experience to the corporate world'. He is also president of Combat Stress, UK military mental health charity and chairman of the Gurkha Welfare Trust. [8]

Wall is an honorary fellow of the Royal Academy of Engineering, and Selwyn College Cambridge, and a visiting professor at the University of Exeter. [9]