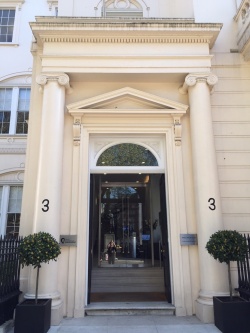 The Royal Academy of Engineering is a pro-nuclear British body that claims to "lead debate by guiding informed thinking and influencing public policy."[1] Established in 1976, the body is registered as a charity (No. 293074).

According to The Times, "[r]eports from the Royal Academy of Engineers and the Institution of Civil Engineers have told ministers that they will have to approve new nuclear power stations to guarantee future supplies." Its president, Sir Alec Broers, who is also the former Vice-Chancellor of Cambridge University, has called nuclear energy critical for Britain's future.[2] In response to the Cabinet Office's 2002 Energy Review, the body published a report calling the government's interest in renewable energy "hopelessly unrealistic". Ian Fells, a member of the body, called the energy policy's aims "laudable" but declared them "largely wishful thinking".[3][4]

In 2004, the body issued a report entitled 'The Cost of Generating Electricity',[5] which downplayed the costs of Nuclear power while exaggerating that of renewable energy.[6] In a Letter to the Editor of The Independent, Chief Executive Philip Greenish criticized the "Government's faith in wind power" calling it "unrealistic". He expressed support for The House of Lords Science and Technology Committee's criticism of the Government's energy policy and claimed that "electricity from off-shore wind farms could be significantly more expensive than that from conventional energy sources".[7] Its worth noting that the Chair of The House of Lords Science and Technology Committee is none other than Lord Alec Broers, the President of The Royal Academy of Engineering.

In an op-ed in the Financial Times, Alec Broers argued for the reopening of the nuclear option "without delay". He claimed that nuclear energy is "significantly cheaper than wind or wave power".[8]

According to PR Week, in 2005, RAE commissioned the services of Politics Direct to provide "parliamentary support and ensure the profession is well represented on the policy agenda".[9]

In 2009 Brevia Consulting represented the RAE.