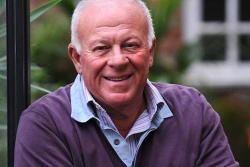 Peter Hargreaves is the billionaire co-founder of investment company Hargreaves Lansdown, one of Britain’s richest men, and a major Brexit donor.

Hargreaves is one of several influential bankers and businesspeople who bankrolled the Brexit campaign to leave the European Union ahead of a national referendum on 23 June 2016.

Hargreaves was a co-signatory to a 2009 letter published in the Financial Times entitled: 'Britain must negotiate a new relationship with Europe'.

Brexit would be 'Good for the UK'

Hargreaves is opposed to what he sees as a bureaucratic EU, and believes that Brexit will be a stimulus for British business.

In an interview with Geoff King of Bloomberg Brief, Hargreaves outlined why he avidly supports leaving the European Union in the referendum on 23 June. When asked why he was leaning this way, Hargreaves resolutely responded:

'Every year in the EU it gets more political, it gets more legislative, more regulative; we don’t seem to get very much benefit from it. We will be far better out. The EU as an economic mark is declining in the world, when there were only nine countries in it was 30 percent of the world's GDP, now there are 28 it is only 17 percent. That's some serious decline. Other countries that are growing — India, parts of Africa, Brazil, China and even Russia — are the places we should be trading with'.

When asked what the fate of the EU would be in the result of Brexit, he declared that the departure of the U.K would spell the beginning of the end for the integration project:

'The EU will disintegrate when we leave. They will realise there is nothing left. The political union is going to be a disaster and they'll want a free-trade area. Do you know who'll be the first country invited to that free trade area? The U.K.' [2]

In June 2016, the Financial Times reported that Hargreaves had suffered serious losses as a result of market volatility in the wake of the Brexit vote.

In the days following the referendum, in which a majority of more than one million voted for withdrawal from the EU, Hargreaves' 32 percent share in the group fell by about £400 million, which was eventually rounded down to £300 million by the close of trading.

Mr Hargreaves, however, sounded quite nonplussed by it all: 'I am not greatly worried...I have been invested in the stock market since I was 11 years old and most of my wealth is tied up in shares but I’ve found that the stock market goes up and down. And my wealth has gone up since Tuesday.' [3]

Hargreaves co-founded Hargreaves Lansdown in 1981 alongside Stephen Lansdown. He stepped down as firm co-director in April 2015 although remains a major shareholder.