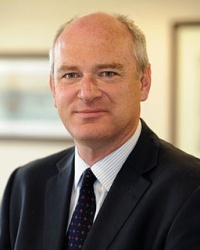 Nick Harvey was the Liberal Democrats member of Parliament (MP) for Devon North from 1992 to 2015. He was appointed Minister for the Armed Forces at the UK Ministry of Defence in May 2010.[1] He left the Government in September 2012.[2]

Harvey lost his seat in the 2015 general election to the Conservative Party's Peter Heaton-Jones by 6,936 votes.[3]

Born in 1961 at Chandler's Ford, Hampshire, Harvey was educated at Queen's College, Taunton and Middlesex University.[4]

Mr Harvey worked in communications and marketing from 1983 – 1992, mainly for the City consultants, Citigate Dewe Rogerson and entered the House of Commons as Liberal Democrat MP for North Devon in 1992.[4]