Admiral of the Fleet Michael Boyce (Baron Boyce) is a former First Sea Lord of the British Royal Navy and was the army's Chief of the Defence Staff from 2001 until 2003.[1] 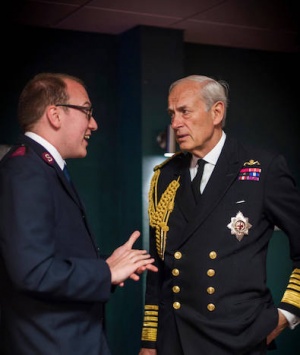 Born in 1943, Lord Boyce was educated at Hurstpierpoint College and the Britannia Royal Naval College, Dartmouth. He joined the Royal Navy in 1961 and rose to the position of First Sea Lord and Chief of the Naval Staff, in 1998. He served as Chief of the Defence Staff and Aide-de-Camp to H.M. the Queen from February 2001. On his retirement, in 2003, Admiral Sir Michael Boyce was created a Life Peer (with the title Baron Boyce of Pimlico in the City of Westminster) and he now sits as a cross-bencher in the House of Lords. In April 2011 he was created a Knight Companion of the Order of the Garter. The Lord Warden was appointed by The Queen, on the advice of the Prime Minister.