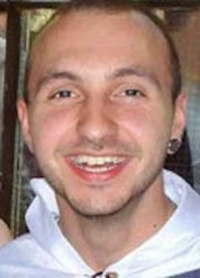 Matt Unsworth was a member of the English Defence League (EDL) in 2009.[1]

According to Searchlight journalist Tom Woodson, Unsworth sought to the racist singer Anglo Saxon to play a gig in conjunction with a planned EDL demonstration in Luton on 19 September 2009.[2]

Shortly afterwards Unsworth began to post on Facebook under the name Luton English, a move which Woodson suggests may have been prompted by a figure using the name EDL South.[3]

As of 12 October 2009, the site features a news section with a number of posts under the names Charles Martel and johnanderson.[5]

A list of useful sites includes Alan Lake's 4freedoms.com, the English Defence League and its youth wing, and LondonandLuton.com, an entertainment promotion business which Unsworth is involved in.[8]

The counterjihad.co.uk website is listed on 4freedoms.com as the website of a site member using the name Charles Martel, but whose profile page url includes the phrase LutonEnglish.[9]