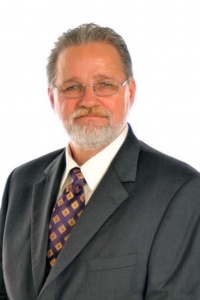 Martin Mawyer is the founder and director of the Christian Action Network.[1]

Mawyer is a former editor of Jerry Falwell's Moral Majority Report. He founded the Christian Action network in 1990, a year after Falwell folded the original Moral Majority.[2] He was on the Host Committee of the Florida Security Council Free Speech Summit in April 2009.[3]

In February 2015 Mawyer released a 'provocative' new documentary entitled Europe’s last stand: America’s final warning, which purports to reveal the extent of Islamic infiltration in Europe. Mawyer is the film's writer, producer and director and claims that, 'Radical Islam has thrown off the sheepskin and is rampaging throughout the world like a pack of ravenous wolves, devouring everything in sight'. Mawyer claimed on 'Fox and Friends' morning show with host Brian Kilmeade that as part of his filming he had ventured into some of the so-called Islamic European no-go zones with his camera crew.

The film was due to be screened 26 February at the National Religious Broadcasters Convention in Nashville, Tennessee.[4]

Mawyer and Jason Campbell of the Christian Action Network visited London in August 2009 to work on a documentary on Islamist radicalisation in Europe. Whilst there they interviewed three members of the English Defence League.[5]

According to Campbell, this interview took place two days before the arrival of Robert Spencer,[6] who turned up in Britain to take part in the documentary on 19 August.[7]

Mawyer invited the EDL to a meeting a few days later at the George Pub in Crossharbour East London, where those present included Campbell, Spencer, Douglas Murray of the Centre for Social Cohesion, Adrian Morgan of Family Security Matters and Paul Weston. Spencer and Murray later said they had refused to have anything to do with the EDL, a claim which was backed by several of the others present.[8]

Spencer offered this description of the evening:

I had a most illuminating dinner with a group including Douglas Murray that offered a bracing introduction to British dhimmitude: we had to move our dinner at the last minute since the proprietors of the George Restaurant didn't like us discussing jihad and Islamization on the premises. In fact, when I returned to the George the next night with the producers of the film, we were not allowed entry because the previous night we had been discussing jihad and Islamic supremacism.[9]

According to the Southern Poverty Law Centre, Mawyer has been a key figure in the US religious right's anti-gay crusade:

In 1997, after Ellen Degeneres came out as a lesbian on her TV sitcom, Mawyer accused her of "DUMPING HER FILTHY LESBIAN LIFESTYLE RIGHT IN THE CENTER OF YOUR LIVING ROOM!! ... If we allow the tidal wave of gay and lesbian smut to continue to pour into our homes, it will utterly consume us in no time at all!"[10]

According to Church & State, Mawyer attempted to smear Hilary Clinton as a Lesbian in September 2000:

The Christian Action Network (CAN), a Religious Right group based in Forest, Va., held a press conference in New York City Sept. 7 to announce plans to place ads in the New York media suggesting that Clinton is gay. The organization freely admitted that it had no hard evidence for the allegation but cited ongoing "rumors."[11]