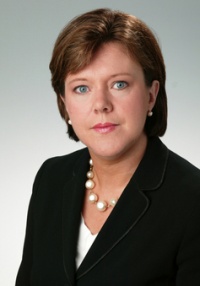 Maria Miller has been the Conservative Party MP for Basingstoke since 2005.[1]

In February 2014 Miller was criticised by parliamentary standards officials for claiming mortgage repayments and other expenses associated with a large detached property in south London between 2005 and 2009.

MPs on the House of Commons standards committee were due to decide upon her future at a meeting in February 2014. The committee had the power to suspend Miller or order her to repay the expenses. Miller has repeatedly maintained her claims were 'entirely above board', insisting they had been 'audited twice independently'. [5]

The committee reduced the sum Miller was asked to repay from £45,000 to £5,800[6] , overruling the views of and recommendation by the independent standards commissioner, Kathryn Hudson. This, combined with a churlish and 'unacceptably perfunctory' 30-second apology in the Commons by Miller, sparked public fury among voters and dissent among Conservative MPs.

Miller's position soon became clearly untenable and she handed in her letter of resignation on 9 April 2014.[7]

A seating plan of the Conservative Party's Black and White Ball, in February 2014, was leaked to the Bureau of Investigative Journalism in October 2014. The party, which guests pay between £450 and £1000 for a ticket, seats diners with the minister most relevant to them. It revealed that whilst culture secretary, Miller table included several people from the luxury yachting world including a yacht architect, the managing director of a shipyard and an interior designer for boats. [8]