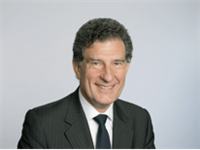 Sir Kevin Tebbit is a former UK permanent under-secretary at the UK Ministry of Defence (1998-2005) and a former director at GCHQ, the government's secret listening post at Cheltenham.

He retired from the civil service in 2005. Eighteen months later he was appointed chairman of Italian army giant Finmeccanica, a position he held from July 2007 until 2012.

Permanent Secretary at the MOD

Tebbit was appointed permanent under-secretary at the Ministry of Defence (MOD) in July 1998[2] after brief stint as head of GCHQ from January to July 1998.[3]

He was also chairman of the Defence Advisory Group at the UKTI Defence and Security Organisation.

Through the revolving door

Since leaving the civil service Tebbit has moved into several defence-related roles. These include:

Sir Kevin Tebbit was employed at the MoD during negotiations that led to a £1 billion procurement contract secured by Finmeccanica’s subsidiary Agusta Westland to build 70 Future Lynx helicopters to be deployed in Afghanistan. The helicopter contract was seen as absolutely vital to Augusta Westland. Documents released under the UK's freedom of information (FOI) rules show that in July 2005 the company 'had a very limited order book and were very dependent on Future Lynx'. Exactly why and how Agusta Westland won the contract, which was signed in June 2006, has been heavily criticised ever since by politicians and military experts.

Tebbit's role in this is controversial. He was permanent under-secretary at MOD from 1998 to November 2005, according to official records. He then moved into a senior executive role at Finmeccanica UK in July 2007. Although there are no documents showing Tebbit had direct control over the helicopter contract, the key decision-making happened on his watch. The government, under FOI laws, has admitted it had meetings with Agusta Westland in May 2004 and January 2005. However, it refused to release the minutes of these meetings to Spinwatch, citing commercial confidentiality.

Tebbit was quick to exploit his contacts since leaving the MOD. Just after the year-long rule that banned him from directly lobbying ministers on Finmeccanica's behalf had expired in July 2007, Tebbit wrote to the then secretary of state for defence, Des Browne to say “how much I am looking forward to working with you in my new capacity.” The letter went on to say: “I shall be based at Finmeccanica’s London HQ with the objective of strengthening the Group’s position in the UK, as well as internationally”.

Two months later Lord Drayson, the then minister for defence equipment and support, told Tebbit that he was 'glad that Finmeccanica had appointed someone with such a strong knowledge of the MOD'. [10]

Other roles after retiring from the civil service

In his evidence to the Iraq Inquiry in 2010 Tebbit said that Gordon Brown's handling of defence expenditure left the MOD in a 'crisis period' in 2003:

The Treasury felt that we were using far too much cash, and in September 2003, the Chancellor of the day instituted a complete guillotine on our settlement, and we were then, from then onwards, controlled by cash, not by resource.

This was, in fact, reopening our settlement against the terms of the original letter, and it meant that we had to go in for a very major savings exercise in order to cope with what was effectively a billion pounds reduction in our finances.[16]

Sir Lawrence Freedman asked whether these cuts had a long-term impact on British capabilities in Iraq and Afghanistan. Tebbit responded:

I think it is very difficult to say that it did have a long-term impact. For example, we had to reduce the allocation in our forward programme for helicopters. But these were not specific programmes
As you probably have seen in the Green Paper published yesterday by the Ministry of Defence, they now intend to give ten-year forward perspectives of allocations for broad areas of capability. We had never published those before, and still don't at the moment, but, were we to do so, we would have seen that the helicopter provision for the future was reduced.
Now, that would not have made an effect on Iraq or Afghanistan, in my view, because the programmes would probably only now just becoming on-stream. So this was a longer term resetting of the defence programme rather than an immediate or early effect on helicopter availability, for example.[17]

Private Eye noted of this exchange that:

nobody, least of all the Chilcot panel members noted that in 2007 Sir Kevin had been appointed UK chairman of the Italian helicopter maker Finmeccanica, owner of AugustaWestland - a position that gave him every reason to want to stress the importance of the MoD spending money on helicopters like the AugustaWestland Lynx and other aircraft made by his firm.[18]