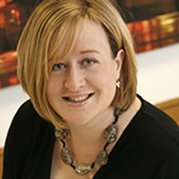 Katie Perrior is the former director of communications to UK prime minister Theresa May, serving from July 2016 [1] to April 2017 [2]. She previously worked as May's spokesman in her bid for the Conservative Party leadership.

Perrior is also a former media director of the Stockholm Network think tank, which has strong links to the pharmaceutical industry[4] and the PR companies iNHouse PR, iNHouse Connex and Hersay Ltd. [5] [6]

Before this role she worked as a media consultant on the game-show Who Wants to be a Millionaire?, and for the Conservative Party Chairman and Conservative shadow home secretary during high profile campaigns.

She is the first non-journalist to become a prime minister's spin doctor in recent history. [7]

In February 2017 Perrior formalised her resignation as director of three public relations companies, five months after she was appointed Number 10's chief spin doctor. This came just days after Labour raised questions of a potential conflict of interest.

Perrior had only notified Companies House in December 2016 that she had stepped down as a director of iNHouse PR, iNHouse Connex and Hersay Ltd, all three of which she co-directed with former Conservative Party staffer Jo Tanner. She blamed her failure to register these resignations with parliament on an 'administrative oversight'.

Since joining Downing Street, Perrior has appeared at several of iNHouse Communications' official events, including a press event for lobby journalists held to promote a West End play organised by the PR agency. [1]

In June 2015 as director of iNHouse Perrior was appointed by the secretary of state as a non-executive director of Ebbsfleet Development Corporation, the largest development project in Britain. On her appointment Perrior said:

I am delighted to take up this post and will work hard to deliver much needed homes and community facilities for the area. I will be putting my communications skills to best use so that we can truly involve the existing community into forming the plans for the future as well as attracting new families to what will be a great place to live and work. It is an exciting time to be part of this amazing project. [8]