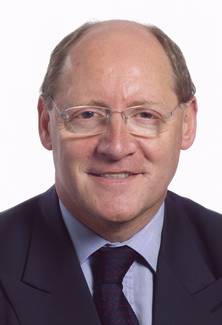 In spring 2011 Evans spoke at a 'Brussels Spring Briefing' conference organised by Dods, which saw PA professionals and policymakers debate EU priorities. Evans warned that the UK financial services industry needed to “develop a more proactive approach” to the round of legislative developments emanating from the EU, rather than “merely reacting” to policies.

According to Public Affairs News:

Evans suggested that the approach of the UK’s financial services sector to the raft of initiatives in the wake of the financial crisis had perhaps caught the City on the back-foot. The insurance industry, he suggested, had managed to engage well with the EU institutions, but many of the other financial industry sectors were “nowhere near as active as the insurance lobby” in their approach to Brussels.

Declaration of Financial Interests an MP from May 2010)

Declaration of Financial Interests (as an MEP)

Evans was rapporteur on Modernisation of Competition Policy and leading EPP-ED Group contributor on competition policy issues, and was formerly a Member of the UK House of Commons and served as Corporate Affairs Minister at the Department of Trade and Industry with responsibility for competition policy, monopolies and mergers and the Insurance Industry under the last Conservative Government. He also served as Parliamentary Secretary to the Lord Chancellor and as Under-Secretary of State for Wales.

Evans is a solicitor, and practised with Leo Abse & Cohen, Cardiff from qualification until his election to Parliament in 1992, by which he had become Managing Partner of the practice. In 1997 he was appointed Director of Insurance in the City of London office of Eversheds, the major global law firm, and remains a consultant to the firm. He has also acted as a consultant on London market issues to several major North American insurance corporations.[9]