John Dines, who was an undercover officer in the Special Demonstration Squad between 1987 and 1991, was traced in 2016 to work at the Australian Graduate School of Policing and Security at the Charles Sturt University. Between 1987 and 1991, he infiltrated a range of left wing groups and campaigns in north London, now he is course director of a training programme for Indian Police officers, which includes targeting left wing groups.

During his time undercover, Dines had a two year relationship with Helen Steel, who spent many years looking for him after he disappeared from her life (for more detail on this, see the profile of John Dines). After she found out about his present job, Steel travelled to Australia to expose Dines' past in order to stop human rights abuses happening to others.[1][2]

This page profiles the course to Indian police officers and Dines' involvement in it. We also have a look at the Graduate School of Policing and Security which harbours an interesting collection of former UK police officers, partly with a history of fighting terrorism.

* The profile of John Dines

The course and Dines' involvement

John Dines is one of the directors of a course called the ‘Indian Police Service Phase III Mid Career Program’, held on behalf of the Indian Ministry of Home Affairs by the Charles Sturt University in Australia. Though Dines is not teaching the course - he is responsible for organising it and for the exams - the University does list him as an academic:

The staff at involved in the course for India all have a background in policing.

Before joining Charles Sturt University, Nick O'Brien represented the UK Association of Chief Police Officers - Terrorism and Allied Matters Committee (ACPO-TAM) and all the UK police forces as the Counter Terrorism and Extremism Liaison Officer (CTELO) at the British High Commission in Canberra. Nick covered Australasia and had a 'watching brief' on the Asia and the Pacific region.
Prior to this posting Nick was in charge of International Counter Terrorism in Special Branch at New Scotland Yard. He also had responsibility for the National Terrorist Financial Investigations Unit (NTFIU) and International Liaison.
Nick has had national responsibility for all Special Branch training in the United Kingdom.

Still according to his CV, he represented the UK at the G8 Counter Terrorist Practitioners Meetings [13] and the UK at Europol and the European Police Working Group on Terrorism. Furthermore he visited countries all over the world ‘on terrorist related matters’.[12]

(Photos from The Graduate School of Policing & Security staff pages at the Graham Sturt University website, 2016.)

Another significant UK police link to the School is Paul Blewitt, an Industry Fellow in the School of Policing from March 2012 to January 2014, were he involved in teaching and research. In February 2014 he was seconded from the University as a visiting lecturer at Rabdan Academy where he remained until he retired in April 2016.[20] From 1998 to 2005 he was Assistant Chief Constable for Operations at West Midlands Police, during which period he was on the Steering Committee for the undercover policing unit the National Public Order Intelligence Unit.[21]

The Programme and the teachers

The course is a general, mid-level course to improve standards of policing by developing the general education of police officers, offering lectures on ‘Leadership development’ such as, ‘Problem solving’, ‘Decision making in crisis’ and ‘Strategic View of Policing’. The session on ‘Future and Innovation’ includes Cyber topics and Social media, but also Human Identification in Mass Fatalities, ‘Gender Sensitivity & Child victims’; while the third week focuses on Investigation Management, it offers subjects varying from questioning techniques, crime scene management, and traffic management.[22] 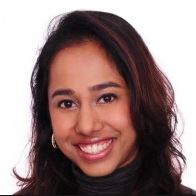 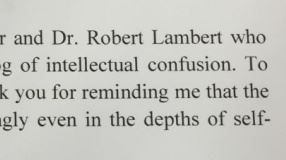 Jolene Jerard, through her work, is linked to former undercover Bob Lambert who partly overlapped with Dines infiltrating activist groups in North London, and with David Veness, whose career included overseeing undercover units at various points in time.[36]

Jerard shares Lambert's interest in de-radicalistation through communities, and he supervised her PhD at St Andrew's which she finished in 2015 (Lambert resigned in December that year).[37] One of the three books Jerard co-edited, Countering Extremism: Building Social Resilience through Community Engagement, published in May 2013, includes a chapter by Bob Lambert, entitled ‘Community Engagement: Countering Violent Extremism in the UK’.[38][39]

The other links between Lambert and Veness and the RSIS date back to the time before Jerard worked there. Lambert was invited to talk about his work in Singapore twice, in 2009 and 2011.[40] Furthermore, the International Centre for Political Violence and Terrorism Research has strong links with its alma mater the CSTPV at St Andrews. The first few years after it was set up, the Singapore’ Centre had an International Advisory Council. At this board, along with former MI6 head Richard Dearlove, was David Veness.[41] Veness has held the position of Honorary Professor of Terrorism Studies at CSTPV - at least since 2006.[42]

Professor Clifford Stott presented a full day on Public Order Management/Crowd Psychology/Mega Event Management to the two different groups in Hyderabad in November 2015. Stott is a Professor of Social Psychology at Keele University in the UK since March 2016, and before that he was Principal Research Fellow for the Security and Justice Research Group, in the School of Law at the University of Leeds.[43] His experience includes teaching public order and crowd control to police forces in the UK and elsewhere in Europe, he is specialised in liaison officers policing protest.[44][45][46][47][48]

Stott has been working with academic and policing partners in Australia for a number of years, since spending a sabbatical there. During this time, he delivered courses on crowd psychology for the New South Wales Police and for Charles Sturt University. His work also influenced the Queensland police in preparing for the G20 in Brisbane in 2014.[49] Stott’s collaboration with Charles Sturt University (CSU) was through Graham Sunderland and involved delivering a two-day course on crowd psychology and policing in 2013 in Manly to Police officers from across Australia.[50]

Subsequently Stott was invited to teach on the training program in Hyderabad, India. That’s where he first met Dines, as one of the two course directors. As far as Stott is aware, Dines deals exclusively with the administrative support and liaison with the IPS whereas the other director, Graham Sunderland, is responsible for the course content and delivery.[50]

Stott taught in Hyderabad three times, the last time in November 2015. He decided to stop after he became aware of John Dines history and identity as an ex-UK police officer. Stott explained:[50]

Prior to this visit I read the Guardian book [by Rob Evans and Paul Lewis, red.] on the issue of undercover policing, but I still did not make the connection that John Dines at CSU was the John Dines involved in those early undercover operations. In my opinion he looks very different to the pictures in the book and he speaks with a strong Australian accent.
Nonetheless, I was obviously now aware of the corresponding names so spoke with him about this during that visit, where he discussed with me that he was the John Dines in question.

The decision was influenced by a number of other more practical factors as well, he says.[50]

However, although Dines does not have any input in the content of the course, the fact that he is connected to it may raise questions from students and attract negative attention from activists about my involvement.