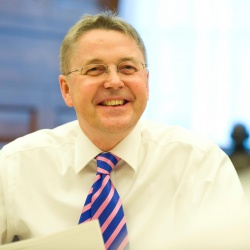 On 9 May 2013 Heywood was one of two senior government officials who hosted a dinner organised by the Office of Unconventional Gas and Oil, DECC 'to discuss the issues relating to the development of unconventional gas and oil in Lancashire and nationally'. The other host was Stephen Lovegrove, Permanent Secretary of DECC.