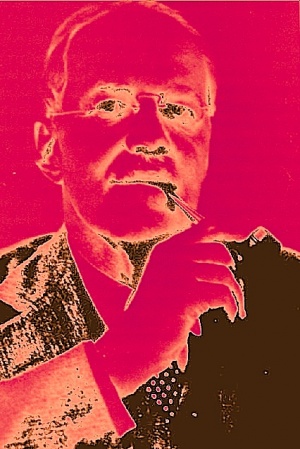 According to the website promoting the magazine, Intelligence and National Security (ISSN 0268-4527) is the world's leading academic journal on the role of intelligence in international relations."[1]

The journal was founded in 1986 and is published by Routledge Publishers.

Intelligence and National Security, Volume 23 Issue 1 2008 focussed on 'Spying in Film and Fiction' and a profile of its contributors can be downloaded from their site and is summarized below. [7]

Nicholas Dujmovic: A CIA staff historian since 2005. A frequent contributor to Studies in Intelligence [the CIA's in-house journal], he also serves on that journal’s editorial board. He is also the compiler and editor of The Literary Spy: The Ultimate Source for Quotations on Espionage & Intelligence, a book of quotations about intelligence published by Yale University Press in 2004 under the pseudonym Charles C. Lathrop.

Frederick P. Hitz: worked for the CIA from 1967 to 1973 as an operations officer, from 1978 to 1982 as a legislative counsel to the Director of Central Intelligence, and from 1990 to 1998 as the first statutory inspector general of the CIA. He is now affiliated with both Princeton University and the University of Virginia. His book, The Great Game: The Myth and Reality of Espionage (published by Knopf in 2004), uses spy fiction to illustrate various aspects of the intelligence profession.

Loch K. Johnson: The US co-editor of this journal and Regents Professor of Public and International Affairs at the University of Georgia. He recently edited the five- volume Strategic Intelligence: Understanding the Hidden Side of Government published by Praeger.

Charles McCarry: Worked as clandestine intelligence officer with the CIA from 1958 to 1967. After retirement from the Agency, he has written 11 popular novels, all but one of them about intelligence. Nine of his spy novels have focused on a single fictional family involved in espionage. He is also the author of other non-fiction works.

Stan A. Taylor: Writes occasionally on intelligence matters in this journal. He is a Research Associate at the David M. Kennedy Center for International Studies and Emeritus Professor of Political Science at Brigham Young University. He served on the Senate Select Committee on Intelligence from 1976 to 1985 as a staff member or consultant. He is the co-author of America the Vincible: U.S. Foreign Policy for the Twenty-first Century, a Pearson book now in its third edition.