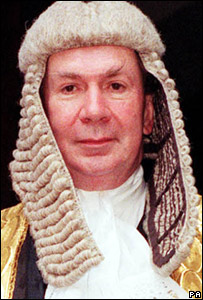 11 Kings Bench Walk is the law firm of Derry Irvine, Tony Blair and Cherie Blair. In 1999 Anthony Barnett reported in The Guardian that:

"the old chambers of Irvine and Blair have profited more than any other legal chambers from doing work for the Government - 11 King's Bench Walk in London's Middle Temple has been paid more than £36,000 of taxpayers' money since Labour came to power in May 1997. The figure is five times the average paid to the 24 chambers who have carried out legal work for Irvine's department"[2]

Major Eric Joyce criticised the Army in a Fabian Society pamphlet. Conservative MP Keith Simpson argued that it appeared as if Major Joyce who later became a Labour MP was given political "top cover". During the controversy Lord Chancellor Andrew Irvine had written to the Secretary of State for Defence advising him not to take action against Major Joyce because of the fear that, if the officer took his case to the European Court of Human Rights, any ruling would come up in the run-up to the next election, which "would not be good timing".[3].

Irvine was criticised for refurbishing his home in 1998 by using public money. He spent £59,000 on wallpaper, £145,000 on carpets, £3,000 on a lavatory, £25,000 on an oak dining table, £16,000 on two oak beds and £140,000 on works of art, curtains, and upholstery. In total the refurbishment cost £650,000 and Lord Irvine declared that "posterity would be grateful"[4]. Contractors working on the residence at The Palace of Westminster were made to sign the official secrets act to shield the expenditure from the gaze of the public eye[5].