From Powerbase
(Redirected from Chris Heaton-Harris)
Jump to: navigation, search 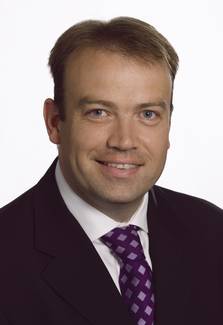 He has been the British Conservative Party MP for Daventry since 2010.[1]

From January to July 2018 he was Comptroller of Her Majesty’s Household within the Whip’s office.

Heaton-Harris briefly worked as a commercial lobbyist. He was hired by lobbying agency Fleishman-Hillard while he was standing for Parliament in 2009.

It was reported that Fleishman-Hillard paid for a three-day junket to Washington so Heaton-Harris could speak at a conference on Capitol Hill in March 2010. [3]

Heaton-Harris was listed as an International Delegate of the powerful US corporate lobby group, American Legislative Exchange Council, although it is unclear when this was.[4] Other 'international delegates from the UK include other Eurosceptics: Liam Fox MP, Daniel Hannan MEP, Roger Helmer MEP, Syed Kamall MEP, Richard Ashworth MEP, Martin Callanan MEP and Nirj Deva MEP.

Heaton-Harris describes himself as a “fierce Eurosceptic”.

He was co-chairman of the Fresh Start Project group of Eurosceptic Tory MPs, and chaired the hard-Brexit backing European Research Group of Conservative MPs.

In early October 2017, Heaton-Harris wrote to vice-chancellors at every UK University asking for the names of any professors involved in teaching European affairs “with particular reference to Brexit”. His letter asks for a copy of each university’s syllabus and any online lectures on Brexit. This led to claims of political interference in academic freedom, as well as censorship. Heaton-Harris, at the time government whip, was rebuked by the leadership of the Conservative Party, although his colleague, universities minister Jo Johnson, suggested that Heaton-Harris might have been innocently researching a possible book on 'the evolution of attitudes' to Europe, rather than acting in his role as a government minister, and "probably didn't appreciate the degree to which (the letter) would be misinterpreted".[5]

In 2012 Heaton Harris coordinated a letter to then Prime Minister, David Cameron signed by 105 MPs that asked for a drastic cut to onshore wind farm subsidies.[6]