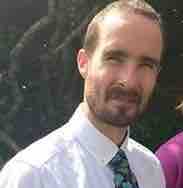 Ben Mascall is a political lobbyist and longstanding Conservative Party adviser was appointed as head of strategic communications to British prime minister Theresa May in October 2016 [1] He was previously the deputy director of communications for the Conservative Party[2] and a special adviser to the defence secretary Michael Fallon.[3] Mascall left the civil service in August 2018 to take up a director role working across corporate PR and public affairs at consultancy Headland. [4] (His LinkedIn profile however continued to list his Number 10 job as his current role in November.)

At number 10 Mascall organised the Number 10 'grid' which controls the timing of government activity and announcements, coordinating policy and media strategy. [5]

From lobbyist to Tory press aide

Mascall was political press adviser for health and education for the Conservative Party from November 2010 until September 2012. Before this, he filled a short-term role as an account director at Bell Pottinger from August to November 2010. [6]

Mascall worked as an account director and account manager at MS&L Worldwide in 2008-2009. He was also a senior consultant at lobbying and PR consultancy Financial Dynamics from June 2006 until May 2008. [6]

He was formerly a special adviser to the Department for Transport and Patrick McLoughlin.