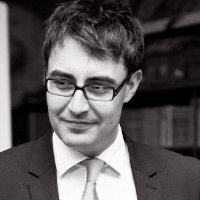 Ben Gascoigne is a special adviser to foreign secretary Boris Johnson, appointed in 2016, having served him during his time as Mayor of London from May 2009 until March 2015. In his current role, he earns £69,000 a year.

Between March 2015 and January 2016, he worked as a political consultant for the lobbying firm CrosbyTextor. [1]

Gascoigne attended the Nelson and Colne College and ghen studied politics at the University of Hull. [2]