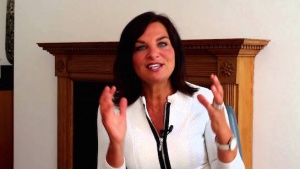 Andrea Minichiello Williams is director of the Christian Legal Centre[1] and founder of Christian Concern [2], an organization that believes the Christian roots of the UK have been abandoned for 'secular liberal humanism, moral relativism and sexual license', and wishes to build a 'strong Christian voice in the public sphere'. [3]

As public policy officer for the Lawyer's Christian Fellowship in 2006, Williams supported university Christian unions in challenging restrictions on their activities. The Times reported:

Andrea Minichiello Williams, public policy officer for the Lawyers Christian Fellowship, which is offering informal legal advice to the Christian unions, told The Times she expected a number of legal cases against universities. She said last night: "Christian Unions are facing increasing difficulties in being allowed to function on campus, but they have a fundamental right to speak and to associate around a creed, in this case a Christian creed and Christian beliefs."[4]

In December 2006, Williams criticised the Sexual Orientation Regulations due to come into force the following April, saying: "It is quite plain that the church won't be able to act contrary to its conscience and will go for some form of civil disobedience."[5]

In May 2007, Williams criticised guidance for schools in Croydon which exempted Muslim and Hindu symbols from a ban on jewellery but made no mention of Christian crosses. She said

"We have had numerous examples recently of where the rights of some faith groups are tolerated but the rights of others, generally Christians, are not. This guidance seems to be advising all schools to operate along the same lines.
You end up with something that is inequitable and comes across as double standards. I think it is a consequence of the combination of the secular agenda and the human rights agenda. Where rights are in competition, some rights win out. So we have a situation where gay rights trump Christian rights and in some areas, Muslim rights seem to be paramount.[6]

In April 2008, Williams announced that Christian Legal Centre (CFC), of which she was director, was seeking a legal challenge of the Human Fertilisation and Embryology Authority (HFEA)'s decision to grant licenses for the creation of human-animal embryos in medical research.[7] The High Court dismissed the challenged as "totally without merit" in December 2008, leaving the CFC with a bill for costs of £20,000.[8]

Islamic Finance has little to do with the consciences of ordinary Muslims and everything to do with the political ambitions of domination of Islamists; Islam does not oblige Muslims to tell the truth when the cause of Islam is at stake, nor does it oblige Muslims to show any loyalty to non-Muslims. Instead it teaches that the whole world and everything in it belongs to Allah.[9]

In March 2009, Williams criticised Clause 61 of the Coroners and Justice Bill, which was to outlaw hatred on grounds of sexual orientation, stating:

"When the holding of orthodox religious views at work on sexual ethics is no longer tolerated by the State, and the government fails to see the point of a free speech clause in a Bill currently before Parliament that would protect those who hold such views, we should all be alarmed."[10]

After Clause 61 was thrown out by the Lords in July 2009, Guardian commentator Cath Elliott wrote:

I doubt there were many who fought or worked harder on this one than Andrea Minichiello Williams, the director of both Christian Concern for our Nation and the Christian Legal Centre. She is a woman whose determination to impose her religious beliefs on others seemingly knows no bounds.[11]

Christian Concern for Our Nation

On 'Britain's war on Christianity'

In a 2010 CBN News article, she stated that 'there [had] been a massive move by the secularist lobby to privatize religion':

'You can have faith so long as it doesn't affect you in the work place. So long as you don't bring it into the workplace. Just make it private. It can't be public. It can't affect what you do in the public square.'

She warned that if British Christians didn't step up, the nation would be on a path to eventually criminalize the practice of Christianity in public. [14]

In a 2013 Interview with The Way, she claimed that there was rising discrimination against Christians because the hearts of UK legislature, culture and education had 'turned [their] backs on God. And as a result of that, what we end up with is legislation that is counter to God's purposes' and 'a Church that loses her voice'. She said the Equality and Diversity Legislation had lead to a 'Christian', or 'religious bar to office'. She gave the example of marriage (between a man and a woman) that had been, for her, abandoned 'as a core part of our law' through same-sex marriage legislation, because such legislation had 'enshrined' non-heterosexual families 'as norms'. She stated that any disagreement with 'those things' would lead to getting in trouble with the law, which had lead to a real climate of fear for Christians, who 'have to leave their faith at the door' when wishing to enter the public sector, 'something which true Christians surely cannot.' [15]

'The shariah scholars who mastermind this kind of finance desire to see the Islamisation of the UK and its submission to sharia law. The authority given to sharia scholars by financial institutions and the plans announced by the authorities to appoint such clerics to advise them shows just how far adrift we have sailed as a nation from tolerance, via multiculturalism to accommodation and soon to subjugation.' [17]

'First there is the level of Islamic fundamentalism prevalent at our main point of entry to the UK. Secondly, there are very real issues of religious discrimination, which it would appear those in authority are turning a blind eye to, using the current loopholes in employment law as an excuse.'

Her statement was reported on the Gatestone Institute website. [18] In a blog article on the subject, she added: 'we now have a situation where adherents of Islamic extremism are present at our largest point of entry into the UK, who believe that 9/11 “served the Americans right” and who have come to Britain to “convert people to Islam”', She does not, however, state who she is quoting, and there is no proof the employees involved in the Halawi case ever stated these views. She uses a common argument within so-called counter-jihadist rhetoric, blaming 'the spread of Islamic fundamentalism' on 'prevalence of relativism' concerning religions and 'stifling political correctness in public discourse'. [19]

'This week Baroness Cox has taken the hugely courageous step of laying down a Bill to curb the discriminatory practice of sharia law in this nation, [...]. It is a crucial Bill for muslim women who wish to live in freedom and for equality for all before the law. It is also vital in terms of the proclamation of Christian Truth.' [20]

At a 2013 conference in Jamaica where she urged Jamaica to 'keep gay sex illegal', she provoked outrage by reportedly claiming the death of Olympic diver Tom Daley's father in 2011 was the catalyst for his homosexual feelings. Williams has been accused of exacerbating suicidal thoughts among lesbian, gay, bisexual and transgender people across the world. [22]